Samsung’s next foldable may have an ‘ultra thin’ glass display

According to Weinbach, the phone’s OLED screen will use a type of glass that Samsung may call “Samsung Ultra Thin Glass.” Leaker Ice Universe used similar language last month, saying that the phone would have “an ultra-thin glass cover,” and we noted last month that Samsung has applied for a trademark for the term in Europe. Weinbach also says that the upcoming foldable will have a crease in the middle — which you can see in the image at the top of this post, taken from apparent leaked images of the phone floating around Chinese social media.

The front display is 0.1″. You can use it to check charging speeds and battery info. It will also work as a view finder for the camera so you can use the better rear camera for selfies.

Weinbach also said that the smaller screen that’s accessible when the phone is closed can be used to see how much battery you have left, how fast your phone is charging, and act as a viewfinder for the camera. In a follow-up tweet, he clarified that his source for the information probably meant to say that the screen is one inch in size, not .1 inch.

Here are some more apparent photos of the phone taken from Chinese social media, if you want to visualize the device and get a better look at that crease: 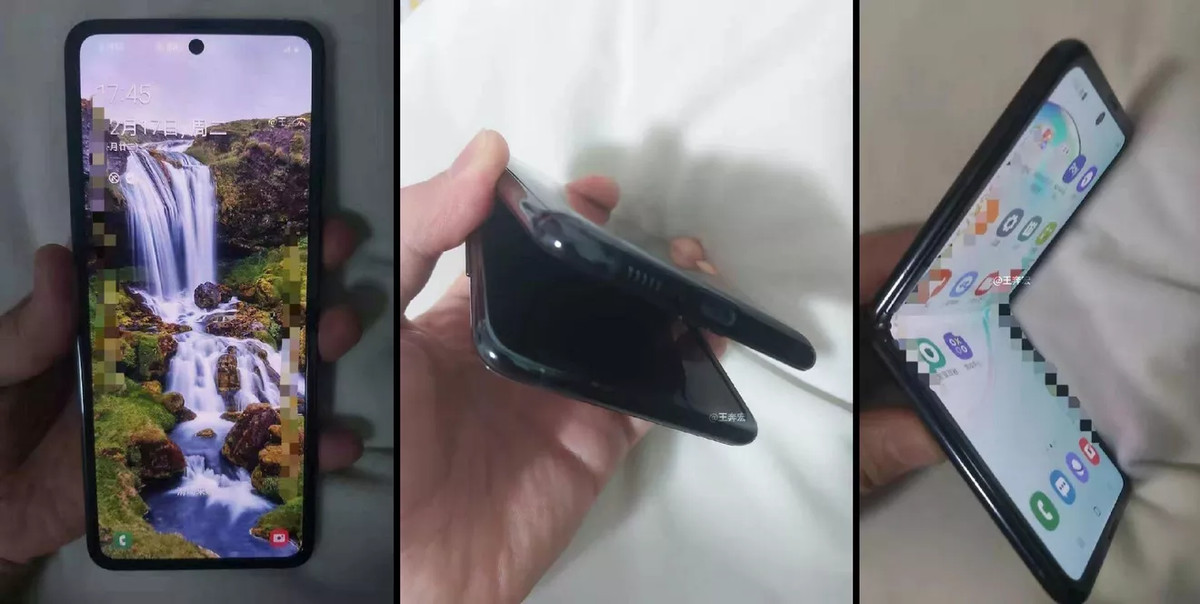 If it’s true that Samsung’s new foldable has a glass screen, that would differentiate it from the Razr and Samsung’s first foldable, the Galaxy Fold, both of which have plastic screens. And perhaps this rumored glass screen is more durable than the unreliable plastic one that almost shipped on the Galaxy Fold before it was delayed and Samsung was forced to revamp the design.