Apple produced the two top selling phone models in the world last year, the iPhone XR and iPhone 11, according to reports by Counterpoint Research and Omdia. The iPhone 11’s second place position was particularly impressive, given the phone was only on sale for just over three months in 2019. However, there were large disparities regionally, with a Samsung phone winning Europe, and an Oppo holding the top spot in China.

The disparity between the top sellers in North America and Europe is particularly striking. In the former, Apple completely dominated. Each one of the top five selling phones in the region was an iPhone, ranging from the budget iPhone 8 to the premium flagship iPhone 11 Pro Max. That’s not much of a surprise with Apple owning roughly 50 percent of the US marketshare. In Europe, however, Samsung’s mid-range A-series devices took the lead. The best selling phone in Europe was the Galaxy A50, and phones from the series made up three of the top five bestselling handsets (Apple’s made up the other two). 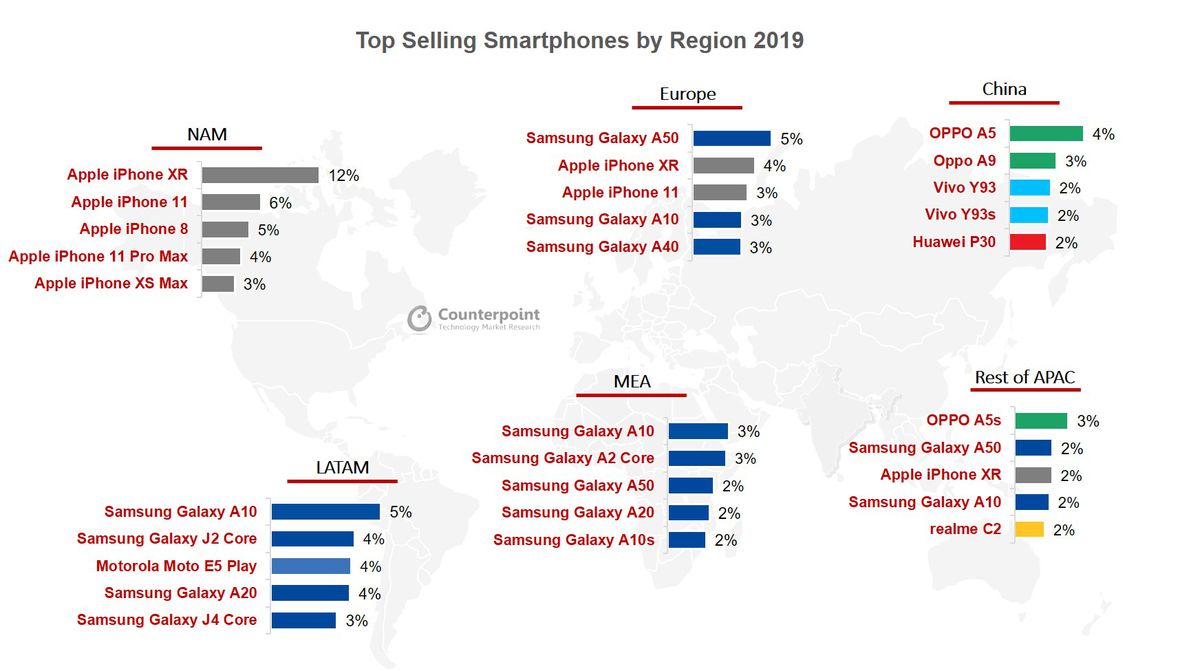 The top ten worldwide was similarly filled with Samsung and Apple handsets, though it’s interesting to see that none of Samsung’s flagship phones made the cut. Omdia and Counterpoint Research differ slightly on the exact models that were the top sellers though. Omdia reports that Apple had five models in the top ten, Samsung had four, and Xiaomi’s Redmi Note 7 took one. Meanwhile, Counterpoint Research says that six of the top ten phones were iPhones, three were mid-range handsets from Samsung, and the final handset was Oppo’s A5, which it says also took the top spot in China. 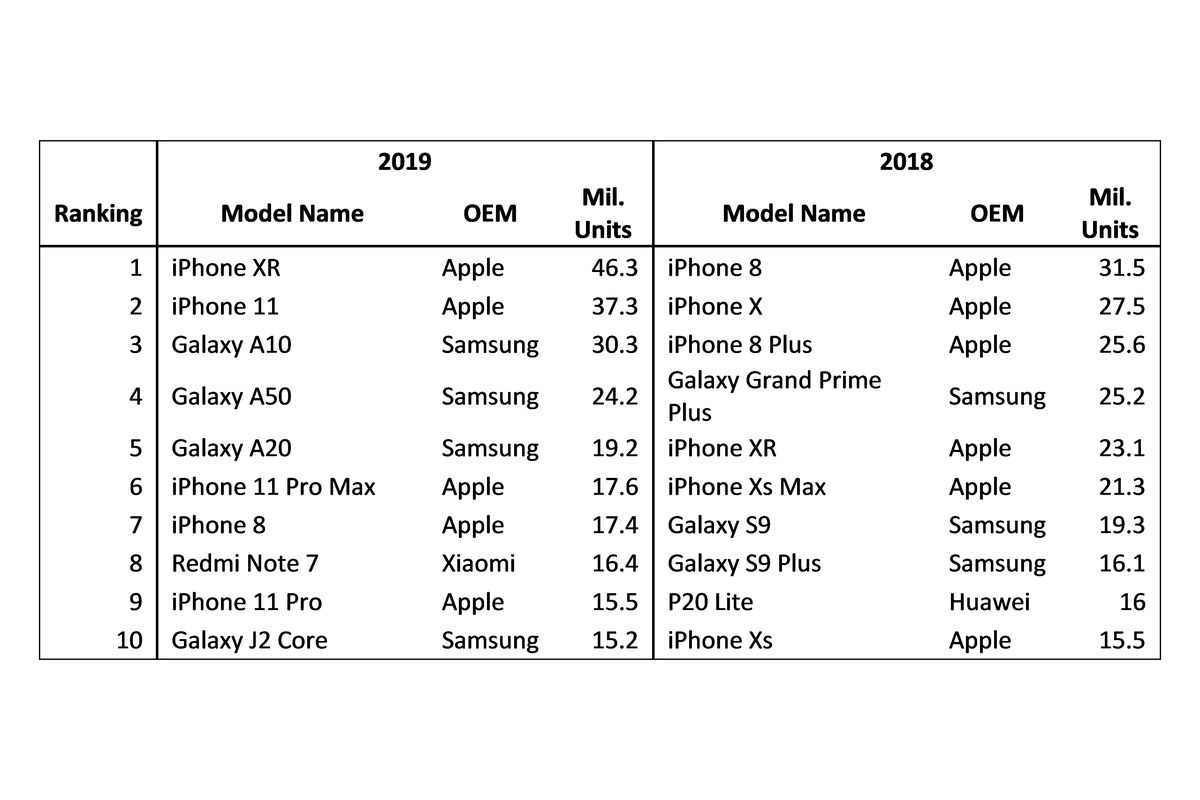 Omdia reports that the worldwide top 10 was filled with Apple and Samsung devices.Source: Omdia

Counterpoint’s Research paints a bleaker image for Huawei, which it says didn’t manage to get a single handset into the top ten worldwide. The closest was the Huawei P30, which was the fifth best-selling phone in China, behind handsets from Oppo and Vivo.

That doesn’t mean Huawei did badly overall. All the analysts agree that the Chinese manufacturer was the second best-selling smartphone manufacturer in the world in 2019, behind Samsung and ahead of Apple for the first time, as its shipments increased between 2018 and 2019.