Citroën’s Ami, the tiny two-seater electric car that was first revealed as a concept last year, will be released this spring. The Ami is absolutely tiny at just 2.41 meters (7 feet, 11 inches) long, and is technically classed as a “light quadricycle” similar to the Renault Twizy, which means it can be driven by teenagers as young as 14-years old in France and 16-years old in the rest of Europe. It also doesn’t require a driving license to operate. Citroën will sell the car outright, but it also hopes to rent them out like electric scooters and other micro-mobility solutions.

Citroën says the cars will be available to rent on both a monthly and minute-by-minute basis. You’ll be able to rent the Ami for €19.99 (around $22) a month after making an initial payment of €2,644 (around $2,919). Or, if you want to rent the cars for short periods like you would an electric scooter, then Citroën says they’ll be available for around €0.26 a minute via partners like Free2Move alongside a monthly subscription of €9.90. If you want one to own it can be yours for €6,000 (around $6,600). They can be bought online and delivered directly to your home, Citroën says. 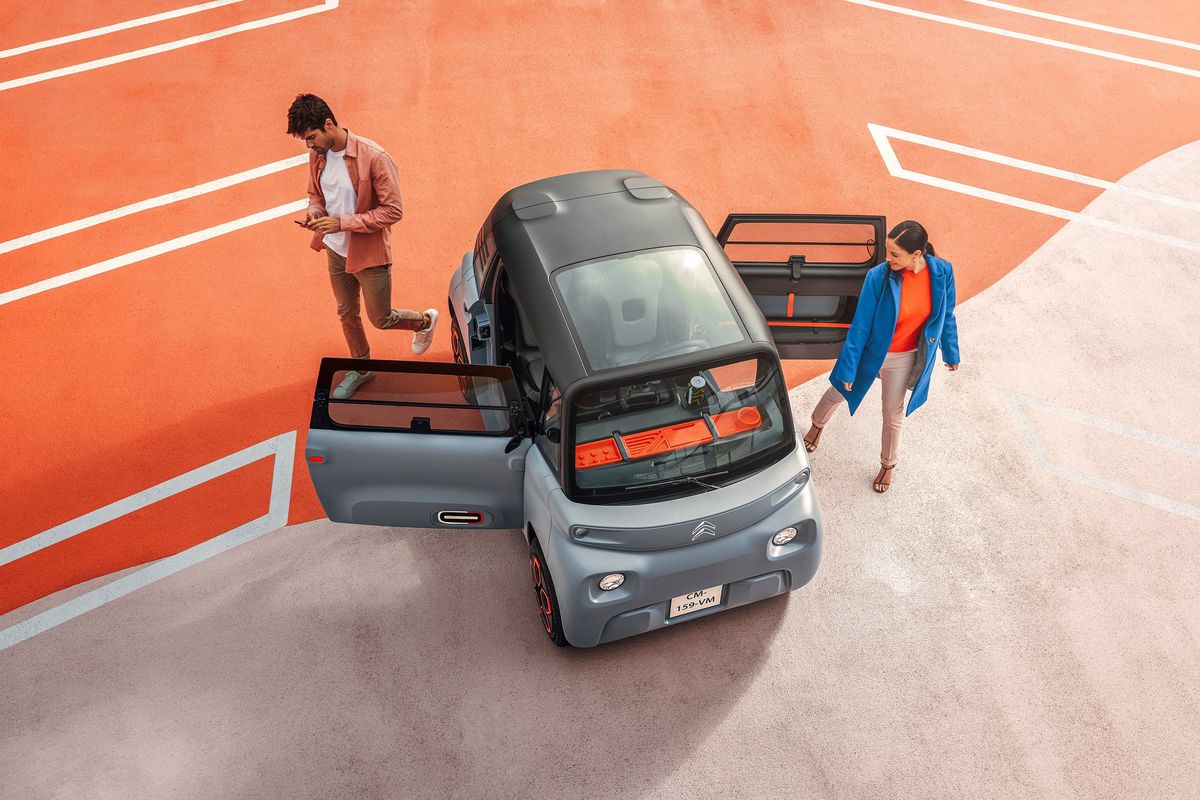 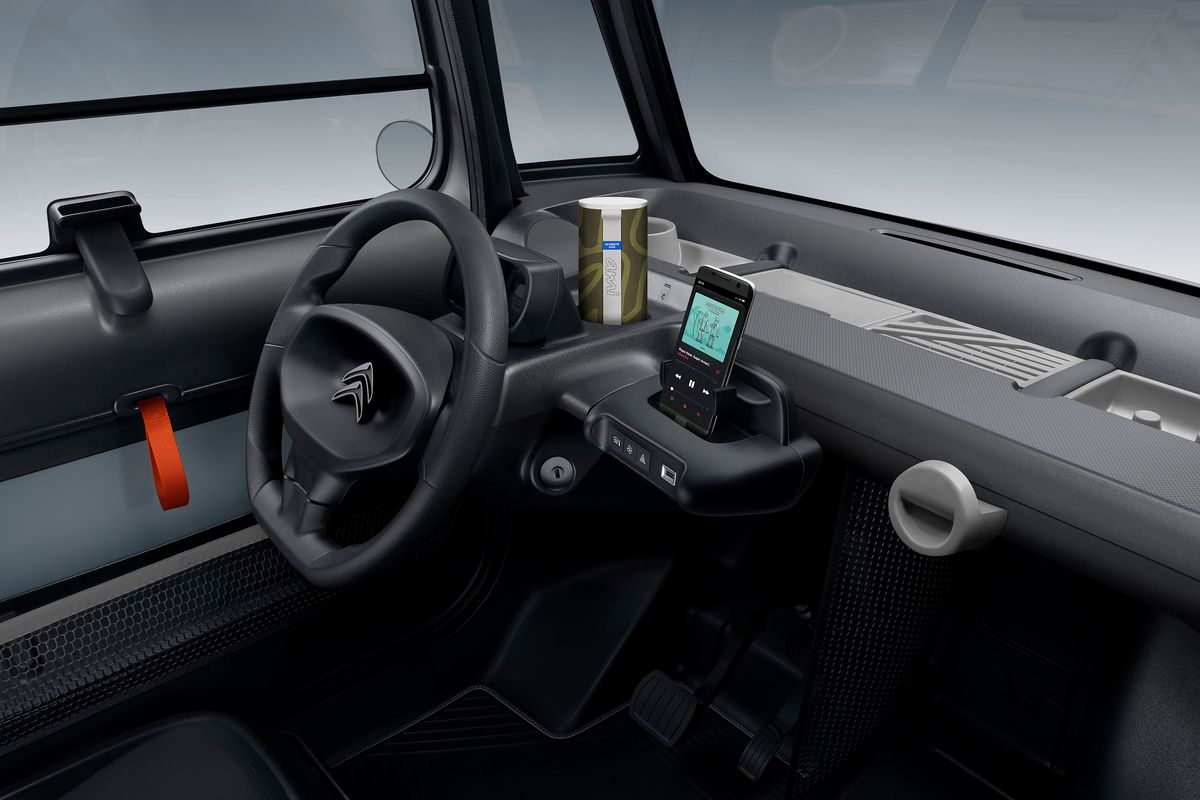 Internally you have to use your phone and a Bluetooth speaker to listen to music.Image: Citroën

The construction and design of the Ami is also interesting. Citroën is emphasizing its simplicity, with its use of symmetrical doors, bumpers, and even under-body panels keeping the number of unique components to a minimum. It’s also got an incredibly stripped down interior that means you have to use your own phone and a Bluetooth speaker if you want a basic bit of functionality like listening to music, according to AutoCar.

Meanwhile a companion app can provide you with details about the car such as its current charge status, mileage, and maintenance alerts. The app can also be used to locate nearby charging points.

As you’d expect from a car that can be driven by 14-year olds, the Citroën Ami is not a particularly powerful vehicle. It’s got a top speed of just 45km/h (around 28 mph), the same limit as the fastest e-bikes in Europe, and Citroën says you’ll get a range of up to 70 km (43 miles) from the car’s 5.5 kWh battery. That range might not be especially far, but the small battery means you can charge it from a standard 220v European wall outlet in just three hours.

Pre-orders for the Ami are set to open on March 30th in France, followed by Spain, Italy, Belgium, Portugal, and then Germany. Citroën expects the first French deliveries to start in June.