Kids now spend nearly as much time watching TikTok as YouTube in US, UK and Spain

A new study on kids’ app usage and habits indicates a major threat to YouTube’s dominance, as kids now split their time between Google’s online video platform and other apps, like TikTok, Netflix and mobile games like Roblox. Kids ages four to 15 now spend an average of 85 minutes per day watching YouTube videos, compared with 80 minutes per day spent on TikTok. The latter app also drove growth in kids’ social app use by 100% in 2019 and 200% in 2020, the report found.

The data in the annual report by digital safety app maker Qustodio was provided by 60,000 families with children ages four to 14 in the U.S., U.K. and Spain, so its data isn’t representative of global trends. The research encompasses children’s online habits from February 2019 to April 2020, takes into account the COVID-19 crisis and is specifically focused on four main categories of mobile applications: online video, social media, video games and education.

YouTube, not surprisingly, remains one of the most-used apps among children, the study found.

Kids are now watching twice as many videos per day as they did just four years ago. This is despite the fact that YouTube’s flagship app is meant for ages 13 and up — an age-gate that was never truly enforced, leading to the FTC’s historic $170 million fine for the online video platform in 2019 for its noncompliance with U.S. children’s privacy regulations. 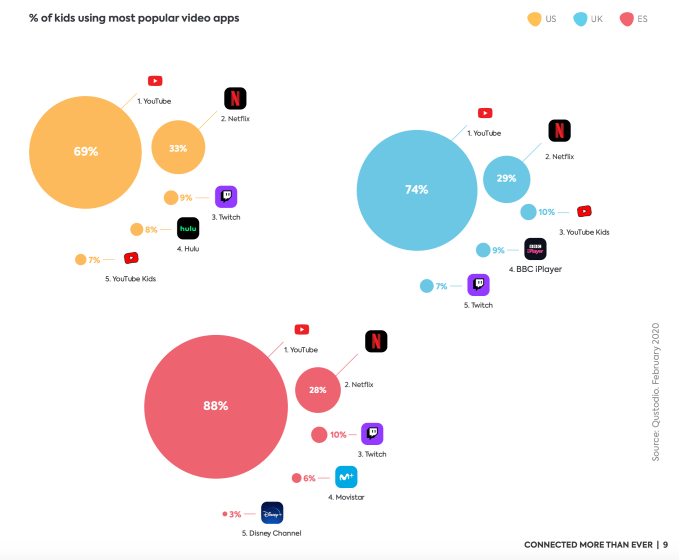 During the COVID-19 lockdowns, the time spent increased quite a bit, as you would imagine. In the U.S., for example, kids in mid-April spent 99 minutes per day on YouTube. 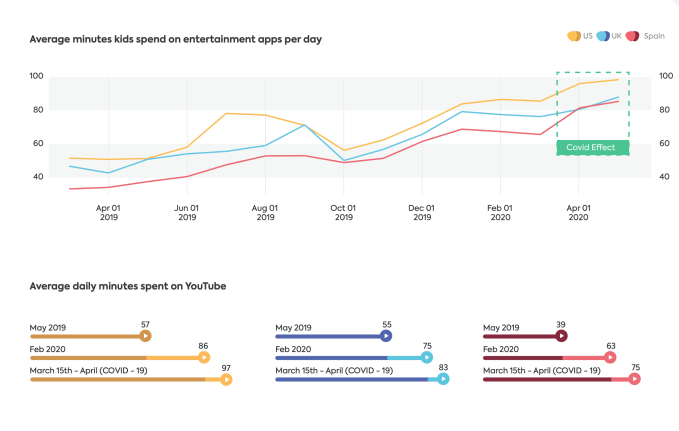 In part, the decline in total YouTube minutes could be due to the growing number of daily minutes kids spend on TikTok. The Beijing-owned short-form video app could gain further traction if more YouTube creators leave Google’s video platform as a result of the increasing regulations and the related losses in monetization. More creators would broaden TikTok’s appeal, as it expands its content lineup.

Last year, TikTok became one of the top-five most-downloaded apps globally that wasn’t owned by Facebook, and it has continued to grow among all age demographics. 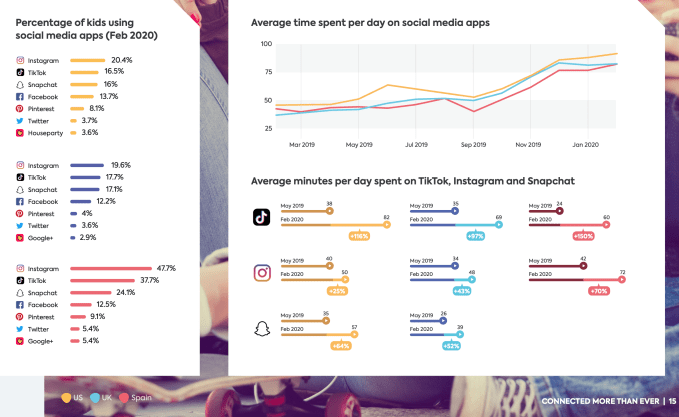 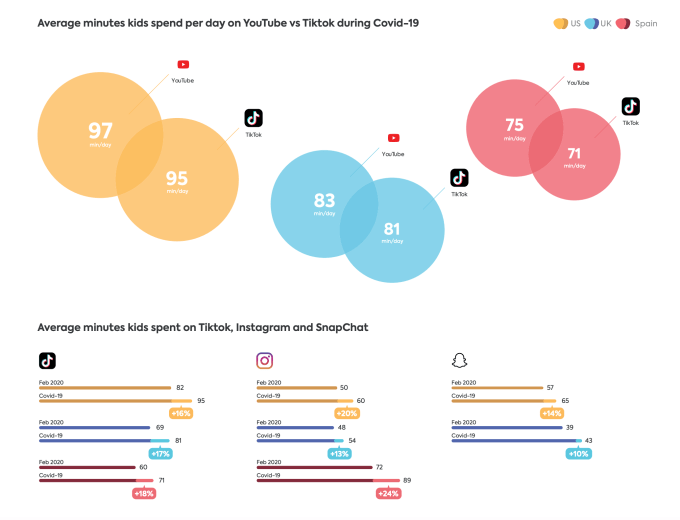 In terms of online gaming, Roblox dominates in the U.S. and U.K., where 54% and 51% of kids play, respectively. In Spain, only 17% do. Instead, kids in Spain currently prefer Brawl Stars. 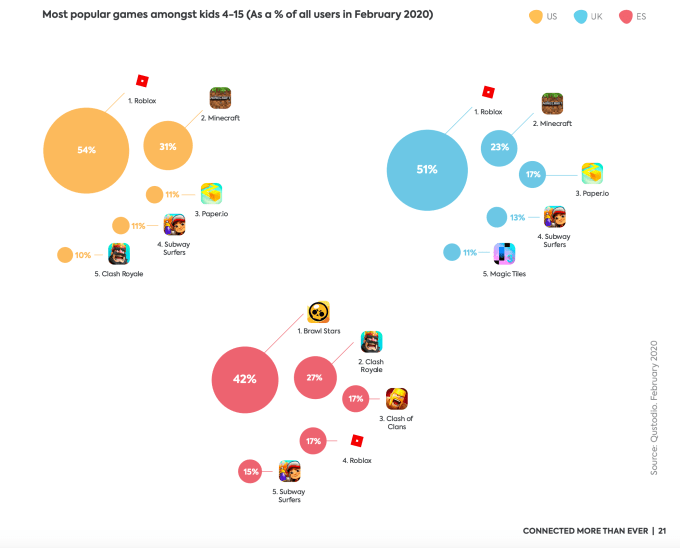 During COVID-19 lockdowns, the kids who played Roblox increased their time spent in the game, up 31%, 17% and 45%, respectively, in the U.S., the U.K. and Spain. But lockdowns didn’t increase the percentage of kids who used gaming apps, as it turned out. 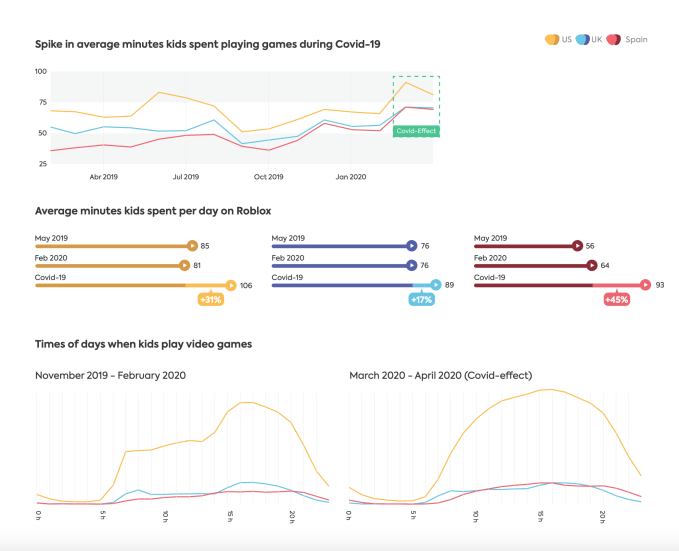 All these increases in kids’ app usage may never return to pre-COVID-19 levels, the report suggested, even if usage declines a bit as government lockdowns lift. That mirrors the findings that Nielsen released today on connected TV usage, which has also not yet fallen to earlier, pre-COVID levels even as government restrictions lift.

“We now live in a world with an estimated 25 billion connected devices worldwide. Many of those in the hands of children,” Qustodio’s report noted. “Today, on average, a child in the U.S. watches nearly 100 minutes of YouTube per day, a child in the U.K. spends nearly 70 minutes on TikTok per day, a child in Spain plays Roblox over 90 minutes a day,” it said. “The world is not going to return to the way things were, because screen-time rates were already increasing. COVID-19 just accelerated the process,” the firm concluded.