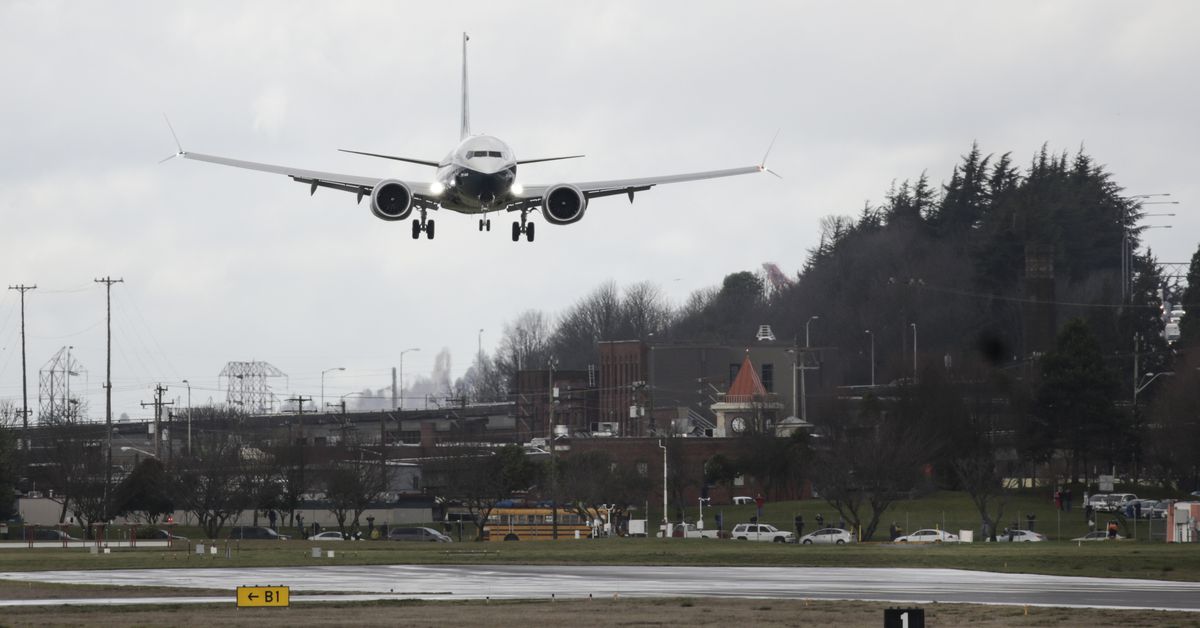 Boeing and the Federal Aviation Administration (FAA) began a series of test flights on Monday to determine whether the 737 Max should be allowed back in the air, after it was involved in two deadly crashes that killed 346 people in 2018 and 2019. The tests are expected to last around three days.

“While the certification flights are an important milestone, a number of key tasks remain,” the FAA said in a statement. “The FAA is following a deliberate process and will take the time it needs to thoroughly review Boeing’s work. We will lift the grounding order only after we are satisfied that the aircraft meets certification standards.”

Part of Monday’s test flights, which happened in the Seattle area, reportedly involved taking the plane into a very steep turn that would nearly cause a stall, according to Bloomberg. By doing this, test pilots and engineers from the FAA and Boeing hope to recreate the conditions that triggered the Maneuvering Characteristics Augmentation System, or MCAS — the software that doomed both fatal flights.

The 737 Max was rushed into existence shortly after Airbus surprise-announced the A320neo, a more fuel-efficient version of its popular A320 aircraft, in 2010. Instead of designing a new plane from the ground up to compete, Boeing tweaked the 46-year-old 737 by giving it new, bigger engines that had to be placed further forward on the wings. While this helped the company get an A320neo competitor to market quicker, it also made the new version of the plane more susceptible to stalling during certain types of maneuvers.

Boeing developed MCAS to counteract this. But the company hid the software from the FAA and from pilots in order to reduce the amount of retraining that would otherwise be required to get the plane into the air.

The first crash of the 737 Max happened in October 2018. Lion Air Flight 610 took off at 6:20AM local time from Jakarta, Indonesia. It crashed into the Java Sea just a few minutes later, killing 189 passengers and crew. The second crash happened in March 2019 when Ethiopian Airlines Flight 302 crashed six minutes after taking off for Kenya, killing 157 people. The 737 Max was grounded worldwide shortly after.

Boeing has since been subjected to congressional inquiry and multiple federal investigations, and CEO Dennis Muilenburg was pushed out last December. But while the company had halted 737 Max production for months, it started building the planes again in May.

The FAA has discovered multiple new software glitches in the time since, which is partly why Boeing is still in the process of recertifying the plane.