Regulatory roadblocks are holding back Colombia’s tech and transportation industries 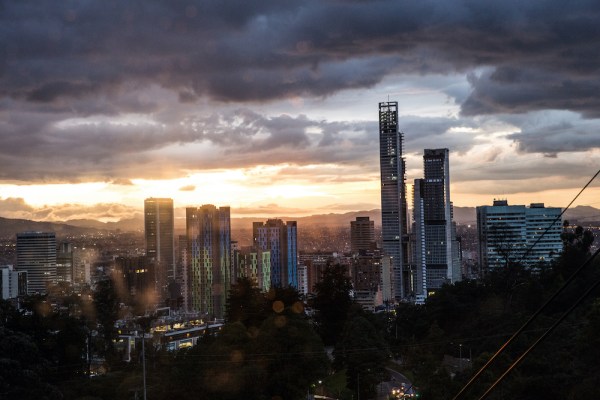 Daniel Rodriguez is CEO and co-founder of Picap, which has raised more than $7 million of venture capital for its mobility platform, which operates across eight Latin American countries.

“You know we don’t drive down that road,” my father said.

I had asked him why we never took the shortest path to the beach. Just eight years old, I was fascinated by maps and was questioning my father’s choice. Years later I would learn the route I suggested was mired with armed groups of all stripes whose interests didn’t align with mine or that of other Colombian families.

You may be familiar with the conflicts that plagued Colombia for decades, but you might not be aware of the progress institutions, advocacy groups and its government have made with regard to building a future where citizens have options and mobility that’s not constrained by armed conflict.

In fact, Colombia has at times improved its “ease of doing business” ranking as measured by the World Bank. The country, its institutions and its leaders have a longer way to go when it comes to ensuring that opportunity reaches all corners of the country, particularly at a time that COVID-19 magnifies the inequities that persist. But one thing is for sure, the path to prosperity would look a lot better if Colombia further embraced innovation.

I have dedicated the last decade to Colombia’s path to prosperity. I have done so by studying at Colombia’s most prestigious Universidad de Los Andes, raising more than $10 million in venture capital and building two companies that generate direct and indirect earnings for more than 70,000 Colombians. I have directly retained hundreds of computer engineers by showing young Colombians that it’s possible to earn a good living without emigrating for professional opportunities. Heck, I’ve even convinced a few past emigrants to return to Colombia and work for me at Picap.

My contribution to Colombia’s prosperity and the contribution of thousands of talented engineers that build technology in Colombia is at risk. It’s at risk because the Colombian authorities and the legislative branch have been slow to update transportation and technology regulation designed for an era when regulation could last decades because the pace of societal innovation was measured in, well, decades.

In Colombia, we need to update regulations governing technology and transportation. The ever present threats that Colombian authorities and regulators have imposed on Uber and Picap are not only futile attempts to put the technology genie back into the bottle, but also delay the critical conversations that would build long-term partnership for mutual success.

It’s urgent that Colombia and countries around the globe construct regulatory frameworks that simultaneously advance the public good and technology innovation. We, in fact, have evidence of the kinds of benefits that can expand when new mobility models and technologies are embraced. Take GoJek or Grab which started, like Picap, as two-wheel ride-hailing platforms. Each is now worth billions and facilitates commerce, financial services and more, all for the benefit of societies which then produce more consumer surplus, formalize economic activity and stimulate new forms of innovation. Picap, and others, can do this in Colombia and more places across Latin America with regulatory advancements.

There are congressional leaders in Colombia who have made considerable efforts to advance their understanding of technology platforms, but their efforts, however laudable, have not advanced. Now, more than ever, Colombia’s leaders must, for example, recognize that private transport services need regulation that works for the citizens that power new mobility options. Every country in the globe faces a reckoning based on how easily COVID-19 weakened state-supported and independent systems of health, mobility and economic activity. Technology will be an inevitable component of strengthening health, mobility and economic activity in every country. We’ve already seen that delivery platforms, including Pibox by Picap, increasingly play a role in helping countries preserve social distancing. And yet there’s an opportunity for states to differentiate and think about not just defensive strategies during the pandemic, but also how to remake themselves for the future.

Colombia can learn from the example of South Korea, which for years positioned itself to fulfill the world’s future demands for the types of silicon chips that subsequently made LG and Samsung household names. South Korea did this not by impeding technological advancement, but by facilitating the development of know-how, investing in education and partnering with technology. As technologists, there’s nothing that would make us prouder than helping Colombia develop the kinds of economic activity that will strengthen the country in the long-term. I’ve seen the future, I practice it daily, and I know that Latin America, and Colombia in particular, need to invest in retaining tech talent and advancing regulatory frameworks that attract technology investment, or our economies will struggle even further in the coming years of potential recovery from COVID-19.

Recently, the Alianza IN, a mobility platform trade group, launched in Colombia with the goal of advancing conversations with Colombian lawmakers and regulators on the principles that the Colombian MinTIC (Ministry of Information Technologies and Communications) could incorporate to help attract more investment, retain talent and proactively prepare for a future in which mobility and technology platforms are critical partners of the country’s economic future. Technology platforms are already a part of the present, and the Alianza IN’s actions are a great step on the path toward ensuring that updated regulatory frameworks serve the millions of Colombian citizens who depend on mobility and technology platforms for income, mobility and improved quality of life.

Last year, Colombian technology companies received more than $1.2 billion of investment capital. I am impressed with the new headlines my generation and Colombian colleagues across technology have achieved in only 20 years. But I can assure you that Colombia’s headlines in the 21st century will be stunted if Colombian politicians and authorities do not address the underlying need to improve regulation that embraces technology and new mobility, including Picap. We have room to grow and show the world how our tenacity and resilience will help address not just Colombian or Latin American challenges, but global challenges.

I look forward to soon meeting the young Colombian woman who in 20 or even three years will have developed a renewable energy or disease-prevention innovation that serves billions of people. We have to remove roadblocks. We’ve begun doing so across Colombia on some fronts; we need to continue to do so on the technology front. I, alongside, my generation, will continue to attract the capital, retain the talent and further develop the competitive advantages that will position Colombia to lead in the 21st century.

I hope that the Colombian government, regulators and the Duque administration does this, as well.