Skydio, a startup that makes autonomous drones that fly themselves with little human intervention, is entering the commercial drone market with its new X2 model. The X2 is Skydio’s first non-consumer device and it’s marketed toward government agencies, the military, and other organizations that require aerial surveillance or surveying, with its own built-in infrared thermal camera. The X2 announcement coincides with Skydio’s new round of $100 million in funding, led by German multinational company Siemens’ Next47 firm.

Skydio first entered the market a little more than two years ago with the Skydio R1. The R1 was an autonomous drone that sported impressive artificial intelligence-powered obstacle avoidance and other sensors and software features that let it seamlessly fly itself through complex outdoor environments like wooded trails while following subjects.

The R1, however, was quite expensive at $2,500, and applications for Skydio’s first drone remained limited to recording extreme sports like mountain biking and other more casual activities. The idea was that inexperienced drone pilots or even total amateurs might buy a flying camera that could follow you around and automatically film your activities without crashing into trees.

The company, made of up of MIT drone experts and alumni of Google’s Wing drone delivery unit, kept improving the software and adding new features until it released its Skydio 2 follow-up last year. The second iteration was much cheaper at $999 and improved the design of the drone and its capabilities considerably. But it still suffered from lackluster manual controls courtesy of a rebranded Parrot Anafi controller that, while an improvement over the smartphone app used by the R1, was sometimes buggy and unreliable. That meant the Skydio 2 couldn’t match the precision and control of flying and recording of a DJI drone.

The X2 is supposed to change all that, with the unfortunate downside for consumers being that it’s not really for them. The X2 has folding arms, a first for Skydio after the company said it struggled in the past to make its AI-powered autonomous flight capabilities work with drones that can be folded down into a smaller package a la DJI’s Mavic Pro.

(Skydio previously said the limitation was because its software needed to have its navigation cameras precisely positioned in relation to one another and to the rest of the drone, but has both designed these arms to be “pretty rigid” when unfolded, and revamped its software to adapt for slight changes in flight.)

This X2 also has GPS-powered night flight, visible light and IR illuminators for flying in the dark, and a full-fledged enterprise-grade controller with a built-in touchscreen. Battery life is longer at 35 minutes of flight time versus 23 minutes for the Skydio 2, and it features the previously mentioned 320 x 256-resolution thermal camera in addition to its 12MP main camera. 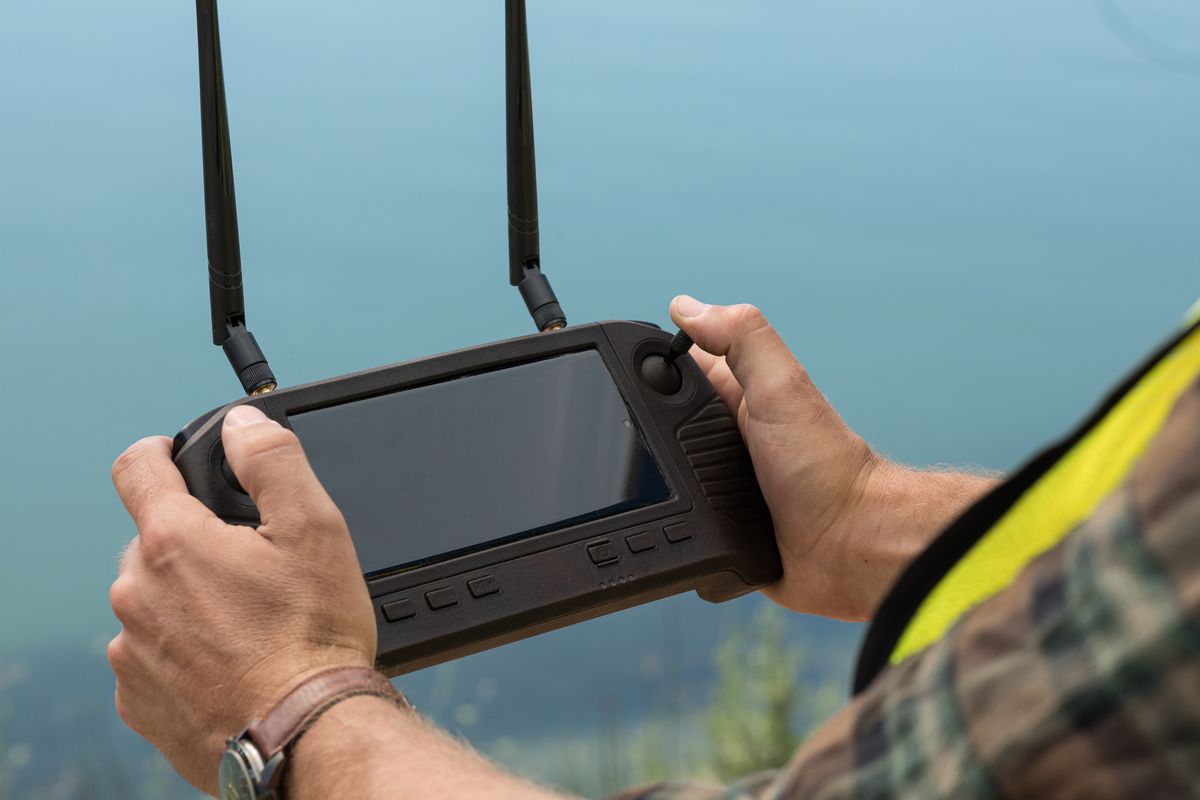 There are also some new software features coming with the X2: a 360-degree “superzoom” for up to 100x zoom in all directions and a new precision mode that lets pilots fly the X2 in tighter environments without fear that the autonomous features, like obstacle avoidance, might interfere with the manual controls.

Skydio is bringing a 3D Scan feature to both the Skydio 2 and X2 later this year designed for “inspections of complex industrial structures and locations, such as bridges, building facades, energy infrastructure, accident and crime scenes.” There will also be a House Scan feature for insurance agents to automatically inspect homes:

Skydio is launching two versions of the X2 later this year. One is called the X2D and is designed explicitly for the US Army. Skydio refers to it as “the ultimate solution for military and defense to perform reconnaissance, search and rescue, and security patrol missions.” The other is the X2E, which Skydio says is “optimized for enterprises, first responders, and civilian agencies.” No pricing is announced for either, as it seems likely these devices will be sold as part of larger contracts or under the terms of specific deals unique to the companies or agencies involved.

“An American company can not only compete, but can lead the way in AI-powered drone technology.”

The company’s transition from “selfie drone” maker to a potential contractor for the American military is somewhat understandable given the lack of everyday consumer interest in cutting-edge drone tech. But Skydio is positioning this move as a way to cement a US drone maker as a leading government supplier and a competitor to China-based DJI, which has supplied drones for the US government in the past before concerns of Chinese espionage and cyberattacks led some agencies to ground their UAV fleets.

Skydio CEO Adam Bry told us last month that he’s opening an additional manufacturing facility in the US this summer to help address demand, after previously relying entirely on a tiny assembly line near its offices in Mountain View, CA.

“Manual drones lack the software intelligence that enterprises need to scale their programs,” Bry said in a statement today. “Skydio’s goal is to unlock the value of drones by creating a radically simple user experience through the power of true autonomy. With Skydio 2 (S2) we’ve proven that our autonomy software can fundamentally change the way people use drones, and that an American company can not only compete, but can lead the way in AI-powered drone technology. We are now bringing the power of autonomy to enterprises, government agencies, first responders, and defense customers.”

Update, 8:23PM ET: We spoke to Skydio CEO Adam Bry a bit more about the announcements. You can read his answers at the link below.