Halo Infinite’s multiplayer mode will be free-to-play and support up to 120fps, Microsoft has announced. The news comes after a leak from Smyths Toys Superstores, which briefly posted details (Google Cache) about Halo Infinite multiplayer on a promotional page this week before quickly removing them once the internet discovered the references.

“The legendary Halo series returns with the most expansive Master Chief campaign yet and a groundbreaking free-to-play multiplayer experience,” read the listing. “Enjoy up to 120 FPS and greatly reduced load times creating seamless gameplay with Xbox Series X.” 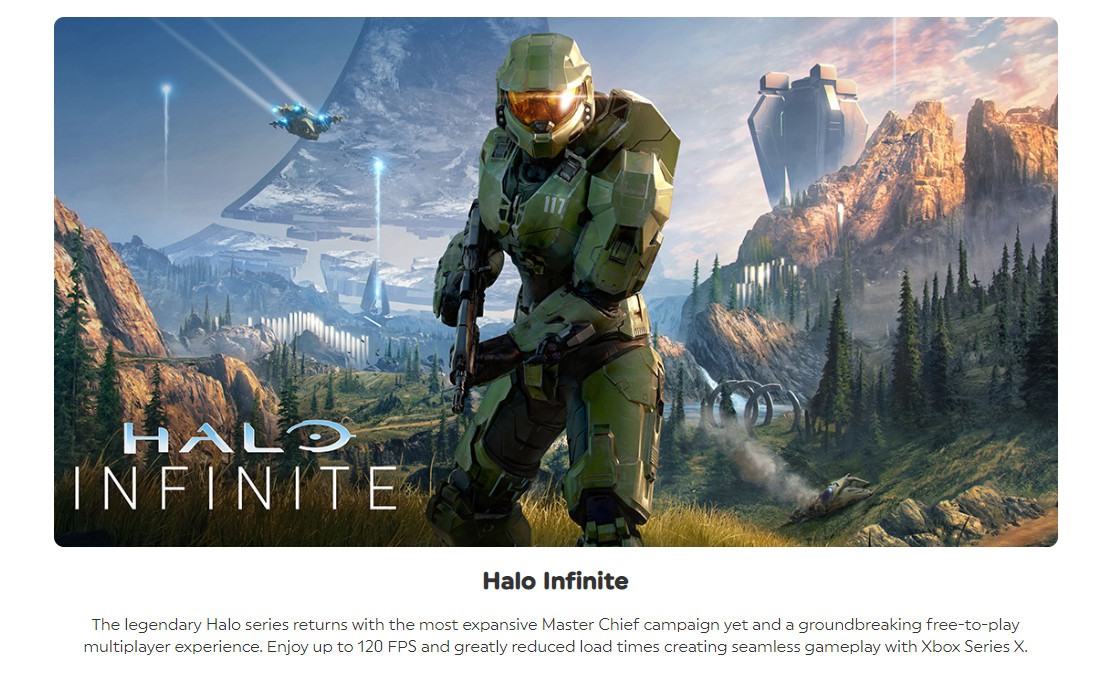 The listing on Smyths Toys Superstores.

Klobrille, an Xbox leaker that accurately revealed previous Halo Infinite details, backed up the claims that the multiplayer mode will be free-to-play. The leaker also claims the arena mode will aim for up to 120fps — which Microsoft has also confirmed — and that multiplayer Halo Infinite will include a battle pass system and new customization options (which the company has not.)

343 Industries hasn’t revealed much about the multiplayer aspects of Halo Infinite yet. The game developer posted a lengthy blog post responding to Halo Infinite questions yesterday, including addressing the criticism around graphics and visuals in the game.

“In many ways we are in agreement here — we do have work to do to address some of these areas and raise the level of fidelity and overall presentation for the final game,” says John Junyszek, a community manager at 343 Industries. “The build used to run the campaign demo was work-in-progress from several weeks ago with a variety of graphical elements and game systems still being finished and polished.”