A number of subreddits were taken over and vandalized on Friday, possibly as part of a coordinated campaign. Hackers reportedly posted messages or changed a subreddit’s design in support of President Donald Trump.

“An investigation is underway related to a series of vandalized communities,” a Reddit spokesperson said in a statement to The Verge. “It appears the source of the attacks were compromised moderator accounts. We are working to lock down those accounts and restore impacted communities.” 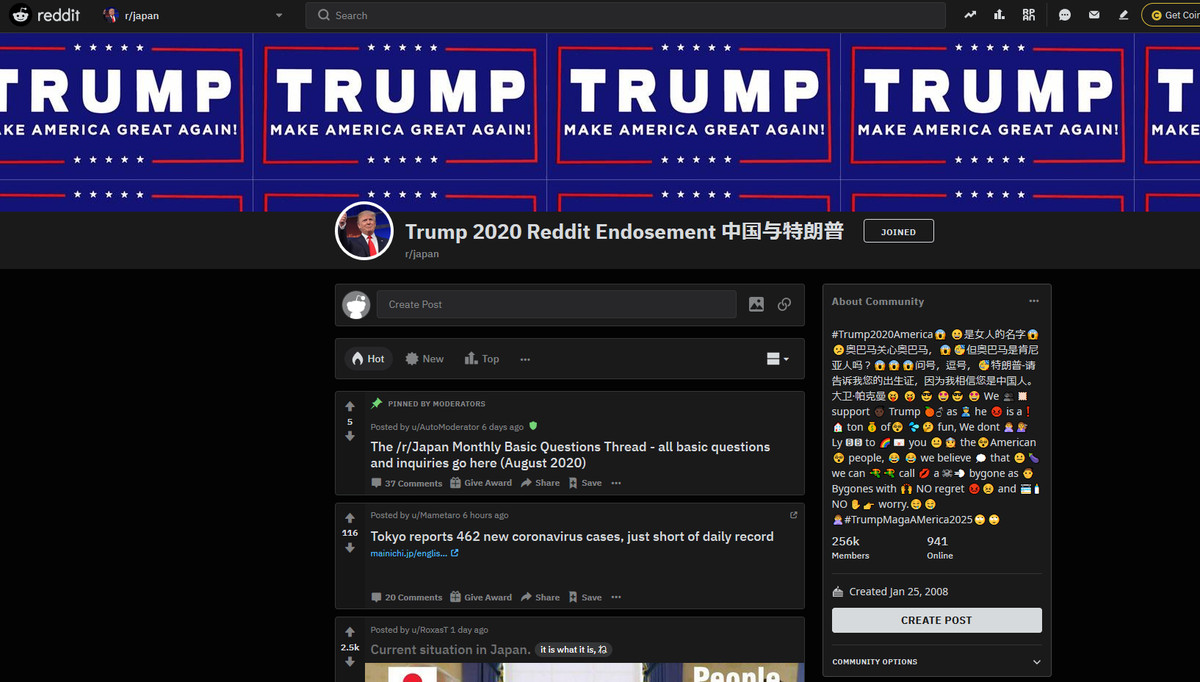 It’s unclear right now how the accounts were compromised. A post on r/subredditdrama listed dozens of subreddits that were affected, and many were quite popular, including r/CFB, r/food, r/Japan, r/nfl, r/podcasts, and r/space. It appears that subreddits are in the process of reverting back to normal, and some moderators have posted messages noting that their subreddit was compromised.

The attack on Reddit marks another moment in an increasingly worrying trend of social media accounts being hijacked. Twitter fell prey to an unprecedented hack in mid-July, resulting in some of the social network’s most notable accounts being taken over to tweet a bitcoin scam. (Three people have been charged in connection with that attack.) And some YouTube accounts have been compromised in recent days to show “live streams” that are actually bitcoin scams.