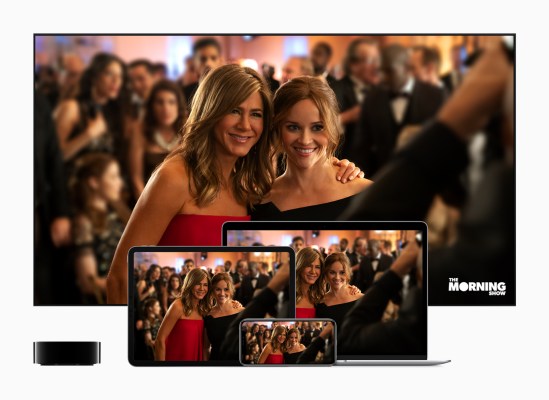 Apple is reportedly getting ready to launch new bundles of its various subscription services, according to Bloomberg. The bundled services packages, said to be potentially called ‘Apple One,’ will include Apple services including Apple Music, Apple Arcade, Apple TV+, Apple News+ and iCloud in a number of different tiered offerings, all for one fee lower that would be lower than subscribing to each individually.

Bloomberg says that these could launch as early as October, which is when the new iPhone is said to be coming to market. Different package options will include one entry-level offering with Apple Music and Apple TV+, alongside an upgrade option that adds Apple Arcade, and other that also includes Apple News+. A higher-priced option will also bundle in extra iCloud storage, according to the report, though Bloomberg also claims that these arrangements and plans could still change prior to launch.

While the final pricing isn’t included in the report, it does say that the aim is to save subscribers between $2 and $5 per month depending on the tier, vs. the standard cost of subscribing to those services currently. All subscriptions would also work with Apple’s existing Family Sharing system, meaning up to six members of a single household can have access through Apple’s existing shared family digital goods infrastructure.

Apple is also said to be planning to continue its strategy of bundling free subscriptions to its services with new hardware purchases – a tactic it used last year with the introduction of Apple TV+, which it offered free for a year to customers who bought recently-released Apple hardware.

Service subscription bundling is move that a lot of Apple observers have been calling for basically ever since Apple started investing more seriously in its service options. The strategy makes a lot of sense, especially in terms of helping Apple boost adoption of its services which aren’t necessarily as popular as some of the others. It also provides a way for the company to begin to build out a more comprehensive and potentially stable recurring revenue business similar to something like Amazon Prime, which is a regular standout success story for Amazon in terms of its fiscal performance.