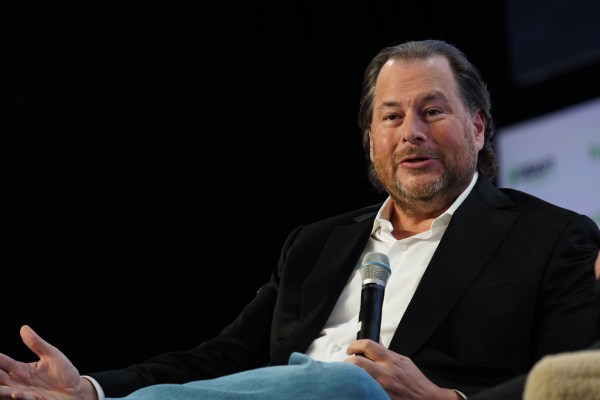 Salesforce launched in 1999, one of the early adherents to what would eventually be called SaaS and cloud computing. On Tuesday, the company reached a huge milestone when it surpassed $5 billion in revenue, putting the SaaS giant on a $20 billion run rate for the first time.

Salesforce revenue has been on a firm upward trajectory for years now, but when the company reached $10 billion in revenue in November 2017, CEO Marc Benioff set the goal for $20 billion right then and there, and five years hence the company beat that goal pretty easily. Here’s what he said at the time:

There are lots of elements that have led to that success. As the Salesforce platform evolved, the company has also had an aggressive acquisition strategy, and companies are moving to the cloud faster than ever before. Yet Salesforce has been able to meet that lofty 2017 goal early, while practicing his own unique form of responsible capitalism in the midst of a pandemic.

While there are many factors contributing to the company’s revenue growth, one big part of it is the platform. As a platform, it’s not only about providing a set of software tools like CRM, marketing automation and customer service, it’s also giving customers the ability to build solutions to meet their needs on top of that, taking advantage of the work that Salesforce has done to build its own software stack.

Bret Taylor, president and chief operating officer at Salesforce says the platform has played a huge role in the company’s success. “Actually our platform is behind a huge part of Salesforce’s momentum in multiple ways. One, which is one thing we’ve talked a lot about, is just the technology characteristics of the platform, namely that it’s low code and fast time to value,” he
said.

He added, “I would say that these low code platforms and the ability to stand up solutions quickly is more relevant than ever before because our customers are going to have to respond to changes in their business faster than ever before,” he said.

He pointed to nCino, a company built on top of Salesforce that went public last month as a prime example of this. The company was built on Salesforce, sold in the AppExchange marketplace and provides a way for banking customers to do business online, taking advantage of all that Salesforce has built to do that.

Another big contributing factor to the company’s success is that beyond the core CRM product, it brought to the table way back in 1999, it has built a broad set of marketing, sales and service tools and as it has done that, it has acquired many companies along the way to accelerate the product road map.

The biggest of those acquisitions by far was the $15.7 billion Tableau deal, which closed just about a year ago. Taylor sees data fueling the push to digital we are seeing during the pandemic, and Tableau is a key part of that.

“Tableau is so strategic, both from a revenue and also from a technology strategy perspective,” he said. That’s because as companies make the shift to digital, it becomes more important than ever to help them visualize and understand that data in order to understand their customer’s requirements better.

“Fundamentally when you look at what a company needs to do to thrive in an all-digital world, it needs to be able respond to [rapid] changes, which means creating a culture around that data,” he said. This enables companies to respond more quickly to changes like new customer demands or shifts in the supply chain.

“All of that is about data, and I think the reason why Tableau grew so much this past quarter is that I think that the conversation around data when you’re digitizing your entire company and digitizing the entire economy, data is more strategic than it ever was,” he said.

With that purchase, combined with the $6.5 billion MuleSoft acquisition in 2018, the company feels like it has a way to capture and visualize data wherever it lives in the enterprise. “It’s worth noting how complementary MuleSoft and Tableau are together. I think of MuleSoft as unlocking all your enterprise data, whether it’s on a legacy system or a modern system, and Tableau enables us to understand it, and so it’s a really strategic overall value proposition because we can come up with a really complete solution around data,” Taylor said.

Capitalism with some heart

Benioff was happy to point out in an appearance on Mad Money Tuesday that even as he has made charity and volunteerism a core part of his organization, he has still delivered solid returns for his shareholders. He told Mad Money host Jim Cramer, “This is a victory for stakeholder capitalism. It shows you can do good and do well.” This is a statement he has made frequently in the past to show that you can be a good corporate citizen and give back to your community, while still making money.

Those values are what separates the company from the pack says Paul Greenberg, founder and principal analyst at 56 Group and author of CRM at the Speed of Light. “Salesforce’s genius, and a large part of the reason I don’t expect any serious slowdown in that extraordinary growth, is that they manage to align the technology business with corporate social responsibility in a way that makes them stand out from any other company,” Greenberg told TechCrunch.

Yesterday’s numbers come after Q12021 in which the company offered softer guidance as it was giving some of its customers, suffering from the impact of the pandemic, more financial flexibility. As it turns out, that didn’t seem to hurt them, and the guidance for next quarter is looking good too: $5.24 billion to $5.25 billion, up approximately 16% year over year, according to the company.

It’s worth noting that while Benioff pledged no new layoffs for 90 days at the start of the pandemic, with that time now ending, the Wall Street Journal reported yesterday that the company was planning to eliminate 1000 roles out of the organization’s 54,000 total employees, while giving those workers 60 days to find other roles in the company.

Certainly getting to that $20 billion run rate is significant, as is the speed with which they were able to achieve that goal, but Taylor sees an evolving company, one that is different than the one it was in 2017 when Benioff set that goal.

“I would say the reason we’ve been able to accelerate is through organic [growth], innovation and acquisitions to really build out this vision of a complete customer [picture]. I think it’s more important than ever before,” he said.

He says that when you look at the way the platform has changed, it’s been about bringing multiple customer experience capabilities together under a single umbrella, and giving customers the tools they need to build these out.

“I think we as a company have constantly redefined what customer relationship management means. It’s not just opportunity management for sales teams. It’s customer service, it’s eCommerce, it’s digital marketing, it’s B2B, it’s B2C. It’s. all of the above,” he said.