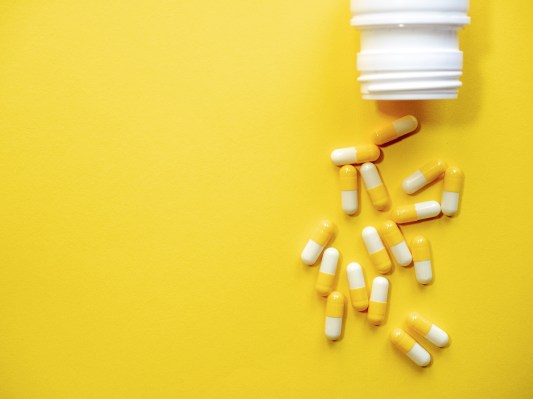 GoodRx is a rare breed of modern tech IPO: a startup that is actually profitable and heading to the public markets. The consumer service offers coupons on prescriptions redeemable at pharmacies that can save customers significant money on their monthly drug prices.

The company filed an amended S-1 with the SEC this morning, and that included three pieces of news that hadn’t previously been reported.

First and most significantly, the company notes in its filing that it is offering its two co-founders, Douglas Hirsch and Trevor Bezdek, approximately 25 million in stock, at what the company placed as a fair-market value of $533.3 million. That stock has both a time-based component and a performance-based component, and is designed to incentivize the duo to commit to the company for the long-term.

Unlike most startups exiting these days, the two founders hold very little ownership of their company, with both Hirsch and Bezdek owning just a 1.3% stake in GoodRx prior to the IPO. The equity award — if fully realized — would roughly quadruple their individual stakes in the company.

This so-called “Founders Award” wasn’t included in the company’s initial prospectus. While companies typically offer stock grants, and sometimes bountiful stock grants, to key managers and employees, the scale of the offer here is quite high compared to the norm. That might reflect feedback from equity investors who were concerned that the founders had such diminutive stake in their own company compared to other recent technology IPO issues.

In addition to the equity award, the second bit of news is that growth equity investor Silver Lake is going to buy a $100 million stake in GoodRx through a private placement that will be set to the IPO price. Silver Lake currently owns 35.3% of GoodRx through its previous private equity investment into the company in 2018. The additional $100 million in capital will help the fund build up its position as GoodRx enters the public markets. The agreement was signed yesterday according to the company’s filing.

These “beat-the-IPO-buzzer” private placements have been a common pattern in recent weeks. Similar to Silver Lake here, Salesforce Ventures and Warren Buffett’s Berkshire Hathaway each invested $250 million into cloud data platform Snowflake in a private placement. For Berkshire, that was a first foray into an unprofitable technology company.

Third and finally, the company has noted that it quietly bought Scriptcycle, a prescription management service for retail chains, for $60.1 million back on August 31. The Asheville, North Carolina-based startup has just a handful of employees according to LinkedIn. As part of the terms of the acquisition, employees and managers are expected to receive $3 million of new stock in GoodRx, vesting over two years.

Altogether then, GoodRx’s filing indicated that it is targeting a share price of $28 for a maximum offering size of about $1.1 billion.