Apple has announced the eighth-generation version of its basic iPad: an update of its entry-level 10.2-inch tablet that upgrades the processor to a faster A12 chipset (last seen in the 2019 iPad Air and iPad mini models), while still maintaining the same $329 price point. Education customers will also be able to get the new iPad for a discounted $299.

The A12 chip brings Apple’s “Neural Engine” processing capabilities to its entry-level iPad for the first time, with a promise of twice the graphics performance. Apple says that the new model will still fit existing cases, including its keyboard case and those made by Logitech. It’ll also still work with the first-gen Apple Pencil, like the previous model.

The new iPad will also run iPadOS 14 and offer the new features that Apple had showed off for the upcoming software update, including the new Apple Pencil features like hand-written text input. 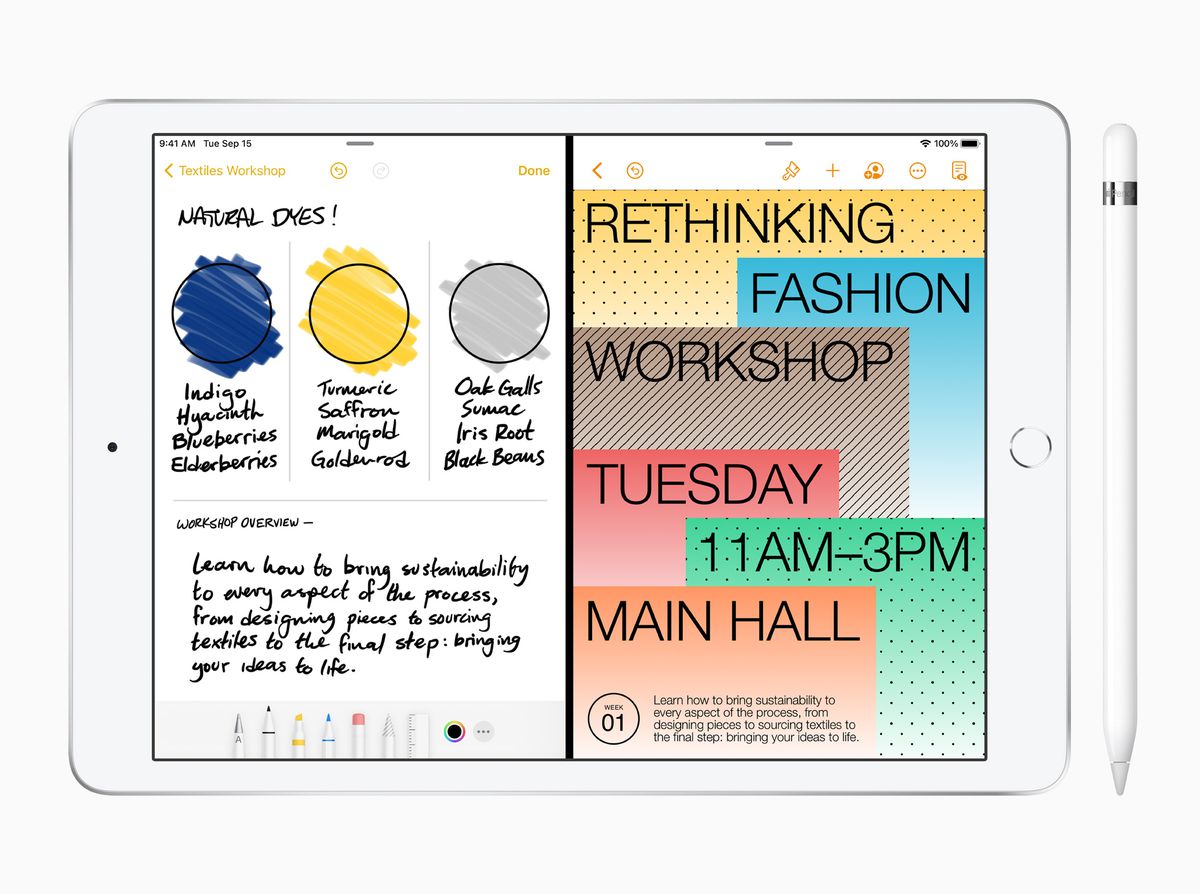 Unfortunately, it appears that Apple is still sticking with its proprietary Lightning port on the updated iPad instead of the USB-C port that’s used by Apple’s laptops, iPad Pro, and the just-announced iPad Air. It also features a standard Touch ID home button, something that’s increasingly rare on Apple’s product lineup.

Apple announced a seventh-gen iPad last fall, expanding the 9.7-inch display that had been a staple of the company’s lineup for years into a larger 10.2-inch panel. This year’s update is less dramatic than that, although the extra processing power does seem like a welcome addition.

The new iPad will be available in space gray, silver, and gold colors in both 32GB and 128GB configurations. An LTE configuration will also available (starting at $459). Preorders for the new eighth-generation iPad start today, ahead of a release on September 18th.