Apple just finished its “Time Flies” event, its first fall event this year, and although we’re still waiting on new iPhones, the company took the wraps off new Apple Watches and iPads. And like this year’s WWDC, we got all of the news through a video streamed online; there was no in-person event to accompany the arrival of new products.

Our live blog, with commentary by Nilay Patel and Dieter Bohn, has the whole play-by-play of the event. But if you just want to learn about the biggest announcements from the show, read on. 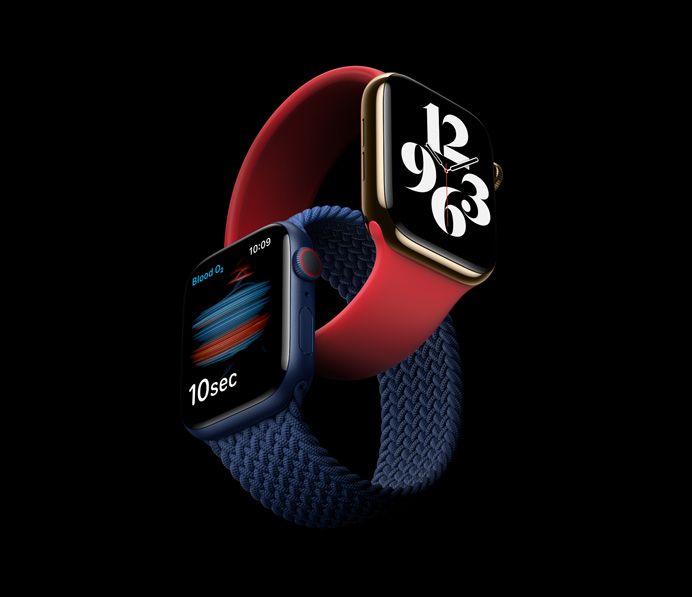 Apple announced the Apple Watch Series 6, and it has a new health sensor on board: you can measure your blood oxygen saturation with the new Watch. The Series 6 is also powered by a new S6 chip, which Apple says is a dual-core processor based on the A13 Bionic in the iPhone 11.

Apple says the Apple Watch Series 6’s screen can get 2.5 times brighter outdoors and also has an always-on altimeter. The Series 6 comes in a number of new colors, including a blue aluminum case, a gold stainless steel, a gray stainless steel called graphite, and for the first time, there’s an Apple Watch Product Red model. There is a number of new watchfaces, including a watchface that shows a Memoji.

The Apple Watch Series 6 starts at $399 for the GPS version. You can preorder it today, and it will be available on Friday. 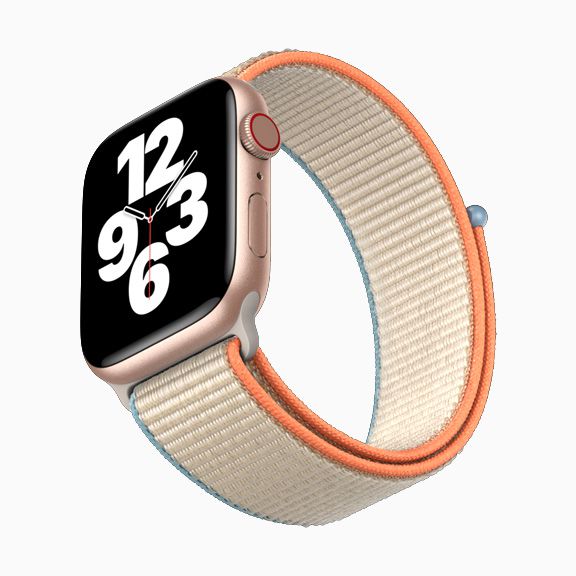 Apple also debuted a lower-priced Apple Watch called the Apple Watch SE. It has many of the same features as the Series 6, including a built-in accelerometer, gyroscope, an always-on altimeter, and fall detection, but it’s powered by the S5 chip used in last year’s Series 5 model. Notably absent is an always-on display, which the Series 5 had.

The Apple Watch SE starts at $279, and you can preorder it today ahead of availability on Friday. But there’s a still-yet lower-priced version of Apple Watch: Apple will continue to sell the Series 3, which starts at $199.

Apple said it’s removing the USB power adapter from Apple Watch boxes to help reduce its environmental impact. Apple has been heavily rumored to be removing the charger from the boxes of upcoming iPhones, but the company officially made the move with the Apple Watch today. 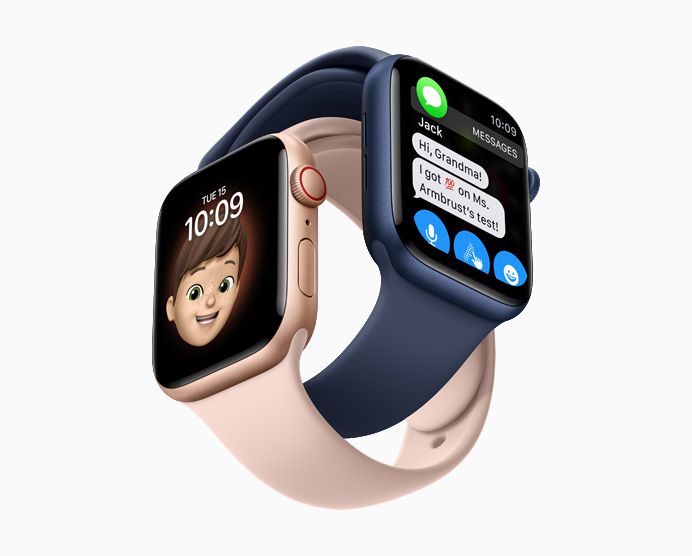 Apple announced a new Family Setup feature that lets you manage multiple Apple Watches from a single iPhone. However, the feature requires that the Apple Watches have a cellular connection, and it will only work with Series 4 devices or newer. From one iPhone, you can manage which contacts connected Apple Watches can communicate with, as well as have automatic location notifications sent to you. 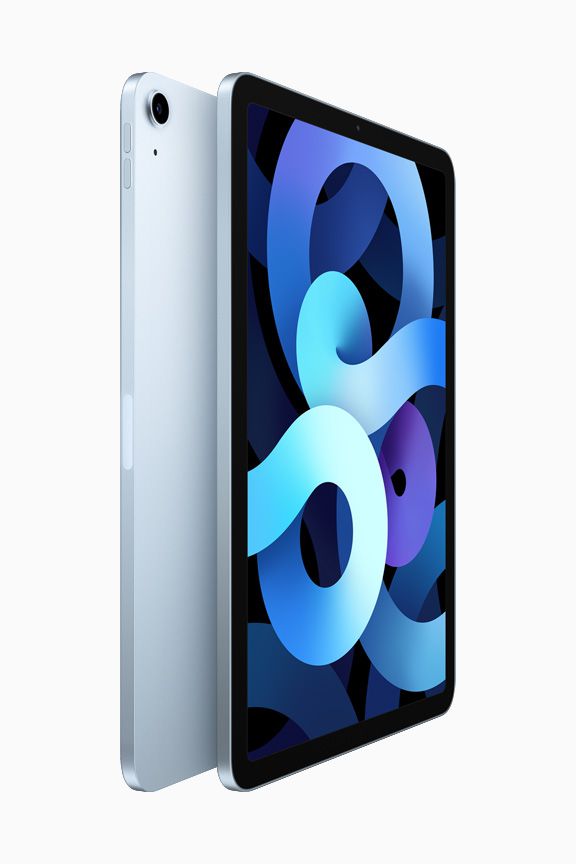 Apple revealed a new iPad Air with an all-screen design, like the company’s iPad Pro. It has a bigger 10.9-inch Liquid Retina display with a 2360 x 1640 resolution. And the company has moved the Touch ID button from the front of the device to the top in the sleep / wake button.

The new iPad Air also has a new Apple-designed chip: the 5nm A14 Bionic. Apple says it has a 6-core CPU, a new 4-core GPU architecture, and a 16-core neural engine. As for cameras, it’s got the same 12-megapixel rear camera on the iPad Pro but with improved video stabilization, and it also has a front-facing 7-megapixel FaceTime HD camera. The Lightning port has also been switched out for USB-C.

The new iPad comes in five colors — sky blue, green, silver, space gray, and rose gold — and it starts at $599. Apple says it will be available next month. 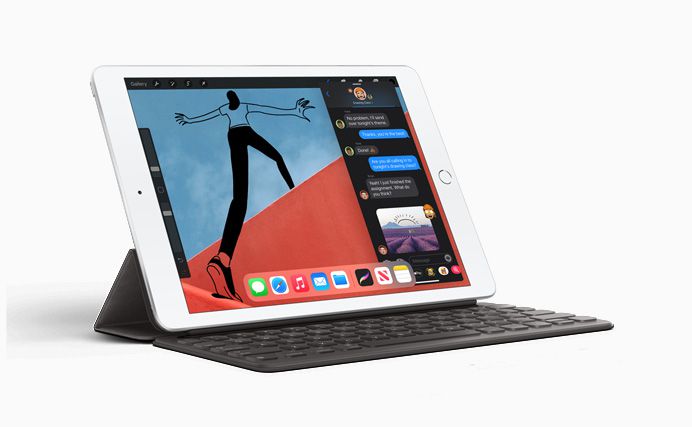 Apple announced a new eighth-generation iPad that has the same design as its predecessor, with the big top and bottom bezels and a Touch ID button on the front. It has updated the internals, as it now sports an A12 Bionic chip. It starts at $329, and you can preorder it today. It will be available on Friday, September 18th. 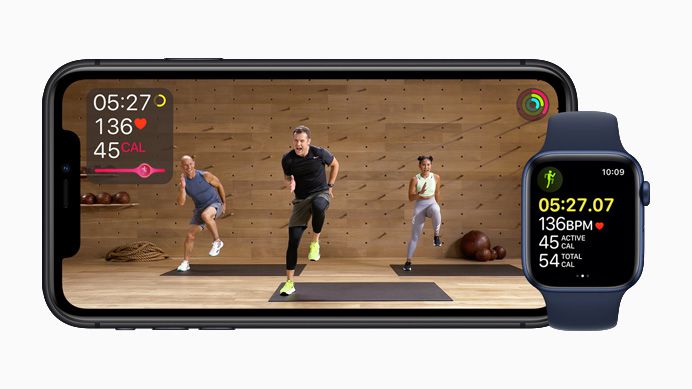 Apple is launching a new premium subscription service called Fitness Plus. Though it integrates with iPhones, iPads, and the Apple TV, Apple says it’s built for the Apple Watch. There are 10 different workout types, including yoga, cycling, and dance, and the company says new workouts will be added every week. The service will launch before the end of the year. It will cost $9.99 per month, or you can subscribe for a full year for $79.99. 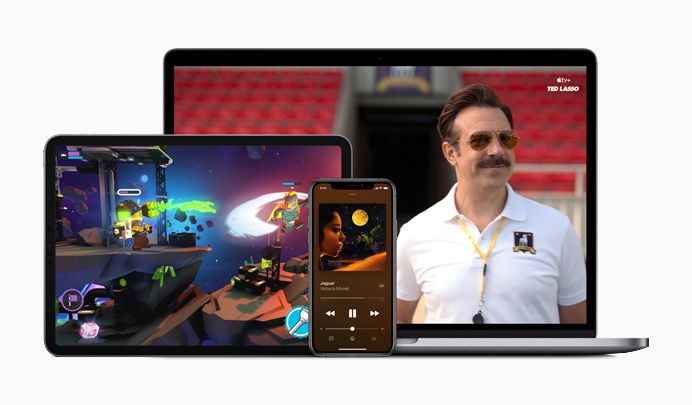 Apple will be releasing a number of software updates tomorrow, September 16th, including iOS 14, iPadOS 14, watchOS 7, and tvOS 14. The company also said that all of the hardware products announced today will have the new software on board.