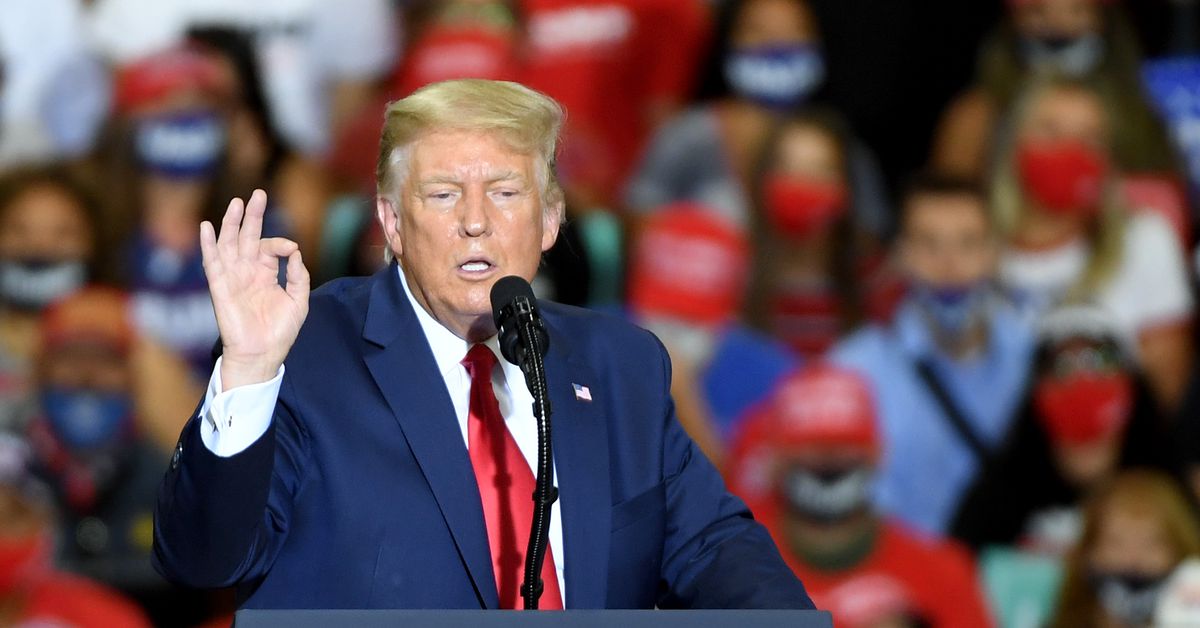 President Trump says he has approved “in concept” Oracle’s bid for TikTok, less than a day before a de facto ban he threatened in August was set to go into effect.

“I have given the deal my blessing,” Trump said to reporters outside the White House Saturday as he departed for a rally in North Carolina. “I approved the deal in concept.”

On Friday, the Commerce Department issued an order to block transactions with both TikTok parent company ByteDance and WeChat, effective September 20th. The order is set to go into effect on November 12th for TikTok, effectively halting the app’s operations.

The details of the deal are still in flux, but the new company, called TikTok Global, would be based in the US and take over processing and storage for all US-based TikTok users.

Trump said the new company would be headquartered in Texas, would hire up to 25,000 people and would contribute $5 billion toward US. education, Bloomberg reported. “They’re going to be setting up a very large fund,” the president said. “That’s their contribution that I’ve been asking for.”

Exactly how the new deal addresses the president’s security concerns, wasn’t clear Saturday afternoon. Commerce Secretary Wilbur Ross said in a statement that the ban on TikTok that was to go into effect Sunday will be delayed a week, until September 27th at 11:59PM.

The Chinese government has to sign off on any transaction for it to move forward.

“We are pleased that the proposal by TikTok, Oracle, and Walmart will resolve the security concerns of the US Administration and settle questions around TikTok’s future in the US,” a TikTok spokesperson said in an email to The Verge Saturday. As part of the deal, Oracle will become TikTok’s “trusted technology provider,” and will be responsible for hosting all US user data, and securing associated computer systems, the spokesperson added.

“We are currently working with Walmart on a commercial partnership as well. Both companies will take part in a TikTok Global pre-IPO financing round in which they can take up to a 20% cumulative stake in the company,” the spokesperson said.

A Walmart spokesperson said there was “still work to do on final agreements,” but the company has tentatively agreed to purchase 7.5 percent of TikTok Global “as well as entering into commercial agreements to provide our ecommerce, fulfillment, payments and other omni channel services to TikTok Global.” Walmart CEO Doug McMillon would also serve as one of five board members of the newly created company. the spokesperson added, and the company would work toward an IPO in the US within the next year.

Oracle CEO Safra Catz said in a press release Saturday that Oracle would become a minority investor in TikTok Global, and would be TikTok’s “secure cloud technology provider” under the deal.

“Oracle will quickly deploy, rapidly scale, and operate TikTok systems in the Oracle Cloud,” Catz said. “We are a hundred percent confident in our ability to deliver a highly secure environment to TikTok and ensure data privacy to TikTok’s American users, and users throughout the world.”

TikTok confirmed that the company will bring “25,000 jobs across the country” as part of the deal, and “will also maintain and expand TikTok Global’s headquarters in the US.”

The White House did not immediately reply to requests for comment Saturday.

Update September 19th 7:54PM ET: Added statement from Commerce Secretary that the ban would be delayed