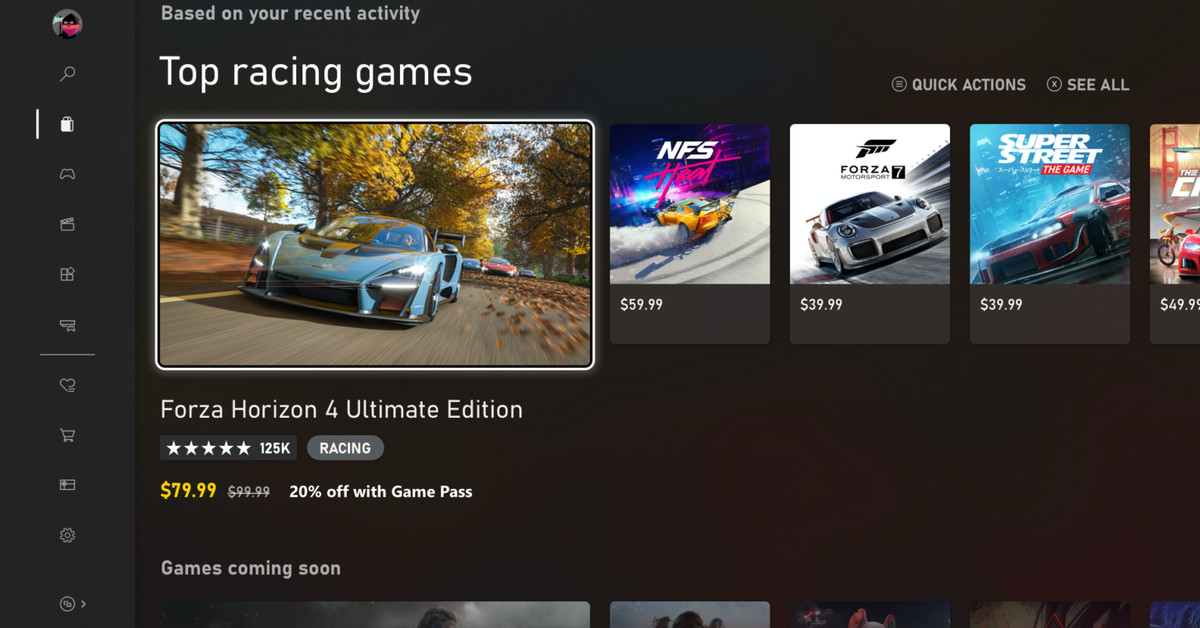 As my colleague Chris Welch pointed out in his early review, the new storefront loads dramatically faster than its predecessor. It’s been “optimized for the era of Game Pass,” meaning it’s easier to see the differences between different versions of a game in the store, and there’s a new focus on parental controls.

The company has also updated how it feels to navigate the store: it’s now easier than ever to scroll through titles, categories, and pages. The new parental controls also emphasize safety; the company says there are no more anonymous logins, among other improvements.

The changes underscore just how far Microsoft is looking into the future and how much effort it’s putting in to grow Game Pass subscriber numbers (and, of course, revenue).