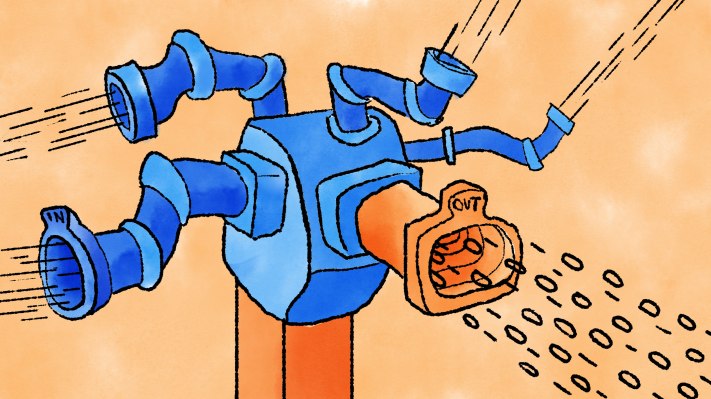 As the COVID-19 pandemic continues to force teachers, students and parents to adopt new technologies, edtech’s total addressable market has massively grown in the last several months. The shift has urged venture capitalists to pour money into the sector accordingly, ushering a number of startups into the unicorn club.

It’s a lot of news in a short period of time. Luckily, these consolidations offer some directional guidance regarding where some edtech businesses think the future of their industry is headed.

Content, to an extent, is commoditized. If you can find a free tutorial on Youtube or Khan Academy, buy a subscription to an edtech platform that offers the same solution? The commodification of education is good for end-users and is often why startups have a freemium model as a customer acquisition strategy. To convert free users into paying subscribers, edtech startups need to offer differentiated and targeted content.

The Course Hero and Mystery Science deals show us that edtech businesses are hungry for personalized, targeted content. Course Hero’s acquisition of Symbolab was essentially a deal for more than a decade’s worth of data that captured which math questions students found hardest.

Symbolab is a math calculator that is set to answer over 1 billion questions this year. With each answer, Symbolab adds information to its algorithm regarding students’ most common pain points and confusion. Course Hero, in contrast, is a broader service that focuses on Q&A from a variety of subjects. CEO Andrew Grauer says Symbolab’s algorithm isn’t something that Course Hero, which has been operating since 2006, can drum up overnight. That’s precisely why he “decided to buy, instead of build.”

“It made a lot of sense to move fast enough so it wouldn’t take up multiple years to get this technology,” Grauer said. The deal was made as big companies get in the Q&A game too, he noted. Google acquired homework helper app Socratic in 2019 and Microsoft built Microsoft Solver in the same year.

Discovery Education, a curriculum provider for K-12 classrooms, acquired San Francisco-based K-5 STEM curriculum provider, Mystery Science. Discovery Education has launched a series of other products focused on science education, including Discovery Education Experience, the Science Techbook series and STEM Connect.  However, Mystery Science is largely focused on offering a creative digital solution to science education. The programming, a mix of videos, prompts and projects, cover a range of questions such as, “Where do rivers flow?” and “Could a volcano pop up where you live?” for young students.

Mystery Science CEO and founder Keith Schact explained how his product focuses on kids and educators, while Discovery Education focuses on educators and districts, making the deal feel like a “natural marriage.” Even as edtech goes directly to consumers, Schact remains bullish on the role that institutions play in true adoption of technology.

“You can go straight to teachers and get a certain market share,” he said. “But the institutions still do have a big role.” The founder likened the dynamic to the state of media: With the rise of blogs, you can publish directly and reach an engaged audience, but writers who want a bigger positioning tend to join larger platforms to grow their overall reach. Edtech is the same, in that some startups need an official sign-off from schools before they can reach venture-scale returns.

According to a source familiar with the transaction, Mystery Science was sold for $175 million after only raising $4 million in venture financing.