TikTok’s parent company, ByteDance, is reportedly looking for $2B before its Hong Kong public offering 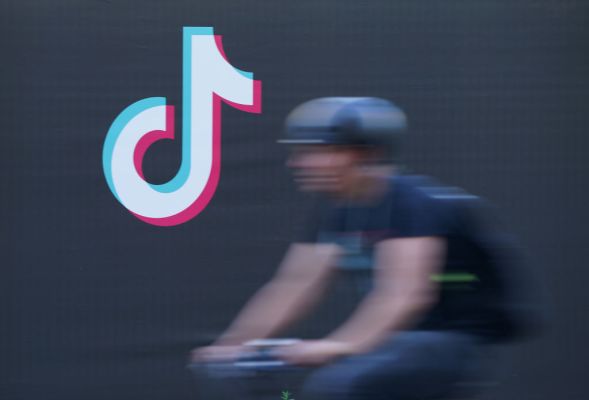 ByteDance, the company behind the social media sensation TikTok, is in talks to raise another $2 billion before the initial public offering of a large chunk of its international businesses on the Hong Kong StockExchange, according to a Bloomberg report.

The new financing would give the Chinese tech powerhouse a valuation of $180 billion, according to people cited by Bloomberg.

Investors including ByteDance’s existing backers like Sequoia are in the running to finance the new investment, the Bloomberg report said.

Sequoia had emerged as one of the drivers behind a now-stalled deal touted by the Trump administration to have Oracle take some sort of control over the American operations of ByteDance’s most valuable international asset — TikTok.

Both Sequoia and Oracle have significant ties to President Trump through Republican mega-donors Doug Leone, a managing partner at Sequoia, and Safra Catz and Larry Ellison, Oracle’s top leadership and founder.

ByteDance’s has long planned a public offering for some of its largest Asian assets Douyin and Toutiao, which are huge drivers for the company’s revenues.

TechCrunch previously reported that ByteDance last year generated 120 billion yuan ($17.2 billion) in revenue, citing an investor with knowledge of the company’s finances. Around 67% of that revenue was derived from ads sold on its domestic apps Douyin, TikTok’s Chinese version, and popular news aggregator Toutiao. Live streaming targeted at users of Douyin and another app in the family made up about 17%. Nascent businesses including games, e-commerce and TikTok accounted for 20 billion yuan, or roughly another 17%.

The company projected its 2020 revenue at 200 billion yuan ($28.7 billion), with TikTok and other emerging businesses contributing 30 billion yuan, or 15%, according to the investor. Previous reports by Reuters and Bloomberg cited similar revenue figures.

ByteDance is already the most valuable privately held, venture-backed technology company in the world, but at least some of that value is tied up in the revenue-generating potential of the company’s TikTok assets. And it appears that any new investment (at the valuations being reported) would be an indication that investors are shrugging off previous concerns about how a TikTok spinoff might affect the company.

Much of what happens next will hinge on the presidential elections in the U.S. and various court battles that remain underway. A Biden administration could scuttle the planned deal between TikTok, Oracle and Walmart — and a timeline for a separate TikTok public offering within the U.S.

There’s also internal confusion among the TikTok deal’s participants over who will own what when the dust finally settles and a deal moves forward.

As we reported in September:

… our assumption, that Oracle is taking 12.5% in TikTok Global, and Walmart will take 7.5%. The deal terms would value TikTok at about $60 billion by some estimates.

That’s a simple story, but apparently not the full one, because now there is another wrinkle happening here.

In a new statement attributed to its executive vice president Ken Glueck, Oracle said that “Upon creation of TikTok Global, Oracle/Walmart will make their investment and the TikTok Global shares will be distributed to their owners, Americans will be the majority and ByteDance will have no ownership in TikTok Global.”

President Donald Trump has spoken out about the deal himself in places like CNBC, arguing that TikTok must be completely controlled by Americans.

The U.S. government’s trouble with TikTok stems from a few different sources. For one, users on the platform managed to troll a deeply vindictive president and turn one of his planned marquee campaign events into a farce. And more importantly to the nation, but apparently less so to the administration, the company’s ties to China could expose U.S. citizens’ data to the CCP and its users to the potential for manipulation through TikTok’s decisions on what to post or not post on the app.

Sequoia and ByteDance had not responded to a request for comment at the time of publication.