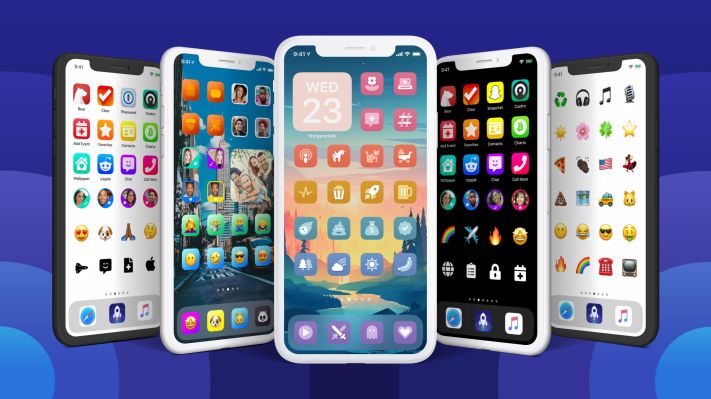 Apple is making a change to how app shortcuts work in the next release of the iOS 14 operating system. In iOS 14.3 beta 2, the Shortcuts app will now no longer open when you tap on an app shortcut on your iPhone’s home screen. That means users who have created custom icons for their favorite apps as part of their iOS 14 home screen makeover will no longer be annoyed with this intermediate step where the Shortcuts app opens before the actual app does.

The change was first spotted by MacStories’ founder Federico Viticci.

A tweet from Apple Terminal shows the update in action. (You’ll notice a small pop-up still displays when the app opens, but the full launch of the Shortcuts app has been bypassed.)

On iOS 14.3 beta 2, the Shortcuts app will no longer open if you click on a shortcut on the homescreen, meaning you can setup alternative icons without Shortcuts opening first before going to the app.#iOS143 #iPhone pic.twitter.com/kuAAymgipn

Though only a slight tweak, the change will be welcomed by those who have customized their home screen following the release of iOS 14.

The launch of iOS 14 in September had introduced one of the biggest updates to the iPhone user’s interface in years. Users were finally able to customize their home screen to their liking by offloading less-used apps to their App Library as well as by adding customizable widgets to their home screen. Though widgets were originally designed to allow important information — like your next calendar appointment, to-do’s or today’s weather, for example — to sit directly on the home screen, they soon began to be used for much more.

Widget makers — like Widgetsmith and Color Widgets, for example — launched tools that let users design their own widgets, by picking the font, the size, the color and more. Users could even choose a particular photo to pin to their home screen using these tools.

The next step in the customization process relied on a previously available but little used trick: Creating alternative app icons using Apple’s Shortcuts app. This somewhat cumbersome process was detailed and demonstrated by users on TikTok, which helped make the home screen customization craze go viral. Simply put, the process let you assign your own icon to any app using a particular function within Shortcuts.

This allowed you to create icons that matched your home screen aesthetic, which now consisted of a wallpaper, custom widgets and only the handful of icons that earned home screen (instead of App Library) placement.

However, one of users’ biggest complaints with their custom icons is that, when tapped, the Shortcuts app would briefly open to run the process that then opens the app in question. It was an annoyance of sorts.

Apple, it seems, is addressing the Shortcuts issue. In the beta version of iOS 14.3, the app will open directly.

Now, if only Apple would allow users to hide their widgets’ labels, we’d be all set. Unfortunately, that change doesn’t seem to be in the works.