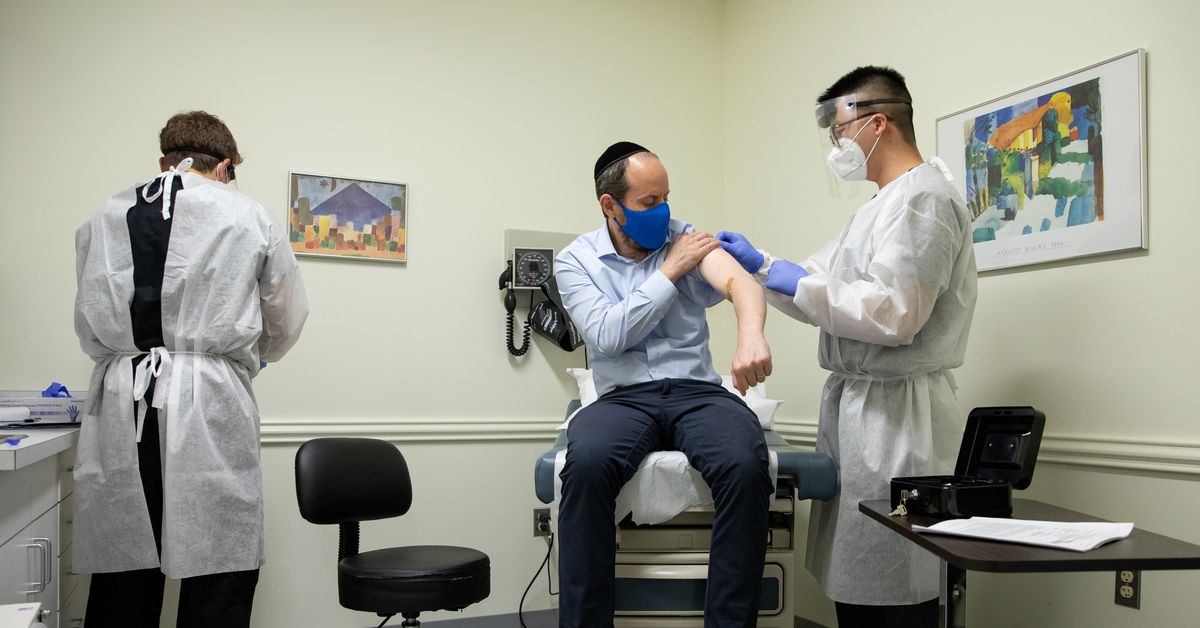 Pfizer / BioNTech’s and Moderna’s COVID-19 vaccines have a lot in common: they’ve both been highly effective in clinical trials, they’re both gene-based vaccines, and they also each require two doses. That last point is pretty standard for vaccines. “If you look at all the FDA approved vaccines, the vast majority will require multiple doses,” says Otto Yang, an infectious disease specialist at UCLA Health. Here’s why some of the most promising coronavirus vaccine candidates are no exception.

A vaccine works by exposing the body to a small part of the virus so that the immune system can learn to recognize it. More than one dose means more opportunities for the immune system to figure out exactly how to counter a future infection. The immune system needs the extra exposure time to learn how to effectively fight the virus because, as Yang explains, a vaccine doesn’t replicate in the body the way a virus does.

“When you’re first getting exposed to something,” says Yang, “the immune system is actually starting from scratch.” Pathogens, like the coronavirus, have specific areas called antigens, which trigger our cells to produce antibodies to fight off the infection. A vaccine triggers the production of specific antibodies that can fight off something like a virus.

Multiple doses of a vaccine give the body a chance to produce more antibodies. They also give the body a robust supply of memory cells, which remain in the body long after exposure. These cells are ready to respond to those specific antigens if they appear again. With multiple doses, the body is exposed to more antigens, so more memory cells are created, leading to a faster and more effective antibody response in the future.

Memory cells don’t last forever and will die off over time. This is why people need booster shots to maintain an immune response to infections like tetanus and diphtheria. A booster is, as the name implies, a boost to a response that’s already been established. “A booster is often just one shot because that’s enough to basically wake up the response as opposed to making a new response.” But multiple initial doses are different from a booster shot. The reason for those multiple doses, Yang says, “is because generating the initial response is harder than reviving the response that’s already there.”

Two doses is the best way to create an effective number of antibodies and memory cells, but the requirement poses logistical problems. It means twice as many materials — needles, vials, the vaccine itself — need to be produced, stored, and distributed. It’s also harder to get people to go get a vaccine twice. It could be especially difficult for people to take time from work, arrange for child care, or travel some distance to the nearest vaccination site.

We’re still in early stages of vaccine development for this particular virus. While Pfizer / BioNTech’s and Moderna’s vaccines both require currently two doses, there are still dozens of other vaccines that haven’t yet reached later phase trials. Johnson & Johnson is testing the efficacy of both a single dose and two doses of their vaccine to evaluate and compare the long-term efficacy of both. There may be a simpler solution on the horizon, but for now, it looks like the first vaccines available will likely come in two shots.