Why Warner Bros. had to move its 2021 films to HBO Max 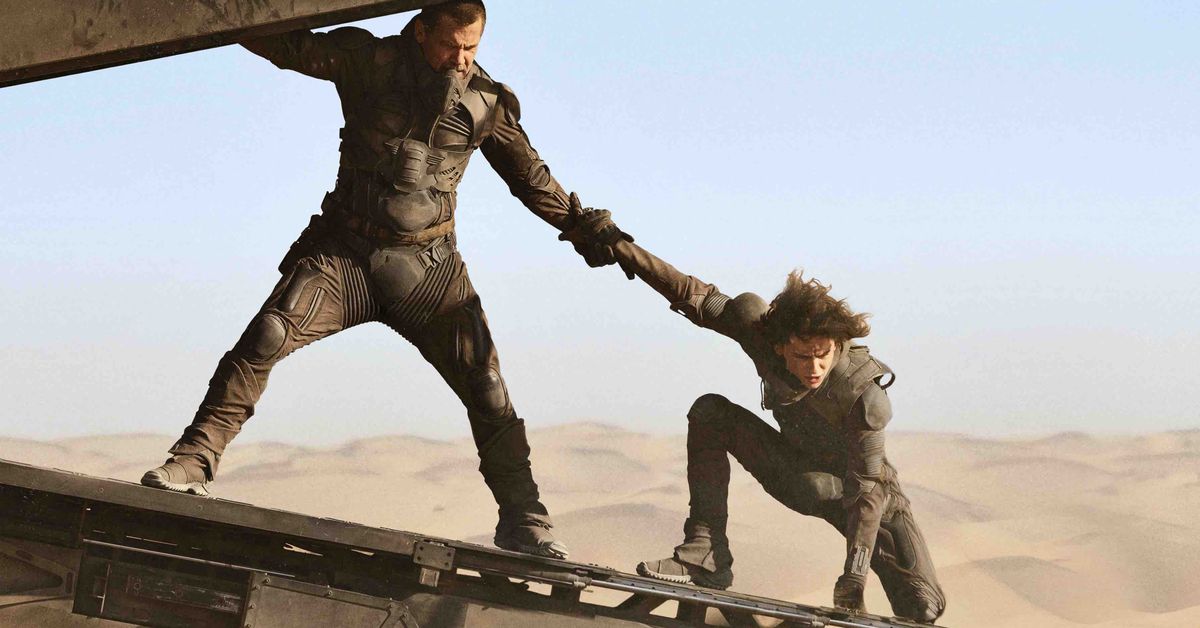 WarnerMedia is making a clear bet for 2021: its slate of movies won’t generate the revenue its studio division needs, but it can help boost HBO Max’s long-term success.

The company announced yesterday that every one of its 2021 movies will debut on HBO Max in the United States at the same time they play in theaters. They’ll be available for one month, at no extra charge, and available to stream in 4K HDR. It feels like an inevitable shift; COVID-19 cases are surging around the world again, new content on streaming services is drying up, and WarnerMedia needs to figure out a way to keep revenue coming in. Looking at a year where cinemas might not open beyond 25 percent capacity in the United States and where people may not want to sit in a room full of strangers until a vaccine is released, it makes a lot of sense that Warner Bros. is using the opportunity to see how a simultaneous release could benefit HBO Max.

It’s still not a great answer for anyone involved. It’s a loss for Warner Bros., it’s a loss for AT&T (which owns WarnerMedia), and it’s a loss for theaters. Warner Bros. is not going to make the revenue per-film it may have through theatrical release in a pre-COVID era. AT&T may lose $1.2 billion, according to analytical firm MoffettNathanson, at a time when the company is saddled with $160 billion of debt that it’s trying to quickly reduce and its pay-TV business is crumbling. Theater chains need big blockbuster and tentpole films to bring people in, but now many of those movies are available for people at home — where’s the incentive to go out when a virus is raging?

It’s still not a great answer for anyone involved

But the shift to HBO Max is a bet on long-term growth in streaming offsetting the immediate loss from theatrical and other revenue streams. It’s part of a long-term play at making streaming a primary business for WarnerMedia that’s been accelerated by the effects of the pandemic. This does come with some downfalls that are impossible to ignore: In 2019, Warner Bros. was the top earner for WarnerMedia, bringing in $14.4 billion — just under 50 percent of all revenues within the division. Some of it was from the box office, but a lot of it came from home video purchases and syndication. Since HBO Max is paying Warner Bros. for the rights to the films, it’s not additional revenue but shifting catalogs between one WarnerMedia property to another.

WarnerMedia has been having problems growing its streaming service as fast as competitors like Disney. Part of that is that HBO Max is not available on Roku (something the team is working on), but part of it is a lack of event-type films to bring people in. By moving titles to HBO Max at the same time they’re in theaters, WarnerMedia gives current subscribers a reason to stay, and it’s hoping large swaths of new customers will sign up and keep paying $15 a month.

“We’re going to have some really good content here that’s spoiling and can be used for other purposes,” AT&T CEO John Stankey said in an interview with The Washington Post on Friday.

Disney saw similar success with Hamilton, a movie that brought in a large number of Disney Plus subscribers, and the number of people canceling their subscriptions remained relatively low even months after. If WarnerMedia can recreate that success — signing up millions of people every month with a big title, without seeing them later unsubscribe — could the long-term recurring revenue offset initial losses and put HBO Max in a truly competitive spot with other streaming platforms? That seems to be part of the bet.

2021 is going to be a rough year for studios regardless of the pandemic. There are currently 55 major features scheduled to open in 2021. Between May 28th and July 16th — a period of seven weeks that features big releases from every major studio — there are several blockbusters competing for people’s attention and money.

Warner Bros.’ Godzilla vs. Kong will take on Disney’s Black Widow in early May, and then there’s F9, In the Heights, Venom: Let There be Carnage, Top Gun: Maverick, Shang-Chi and the Legend of the Ten Rings, and Uncharted to name a few more. Warner Bros. has 17 movies in 2021 — not all of those were going to be $800 million to $1 billion successes. Some may have actually lost money. This helps build a streaming business, even if it means sacrificing a few that may have done very well.

As 2021 currently stands, most movies are going to lose out because the competition is too big in a tight space. Plus, theaters may still be operating at far less capacity (as recommended by the CDC) in COVID-19 times, locations could remain closed in prime markets like New York City and Los Angeles, and people still might not feel comfortable returning to theaters. Add in that attendance was dwindling before the pandemic: in 2019, movie theater attendance per capita was at a century low, the number of young people going to theaters throughout the year is declining (despite this being the bracket that consumes the most content), and more than half of “frequent” moviegoers have stopped going as much, according to analyst Matthew Ball.

WarnerMedia and AT&T were likely planning for losses regardless of skipping theaters, but it seems like they’re trying to reposition some of that loss into potential impactful growth for HBO Max. Christopher Nolan’s Tenet showed that there’s room for studios to take different approaches internationally and in the US. Internationally, where more theaters were open and coronavirus cases weren’t as large, the movie performed well, generating $300.4 million, but in the United States the film only amassed $57 million. Growing HBO Max in the United States and exploring more traditional revenue options internationally is a combination executives seem willing to take a bet on.

No one really knows if this is going to work. Shareholders don’t, executives don’t, industry insiders don’t — but people know something has to happen. WarnerMedia isn’t in a position to hope for the best with its movies while also trying to figure out how to grow HBO Max. The simplest thing to do — not the easiest, and not necessarily the most immediately beneficial — is to take a year of likely losses theatrically and use it to scale HBO Max as quickly as possible in 12 months.

Don’t be surprised when Disney announces it’s doing something similar next week.