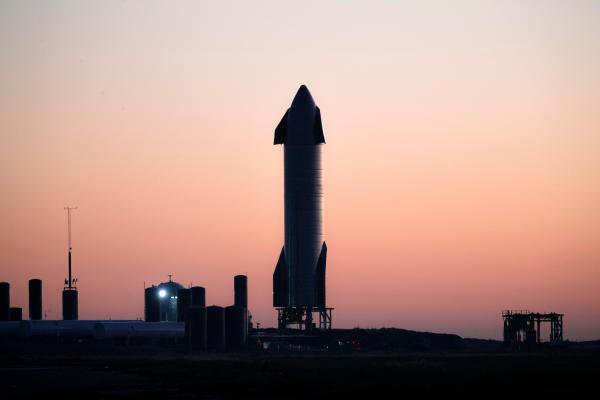 SpaceX’s Starship prototype is set to take it’s first high-altitude flight — to around 40,000 feet or so — sometime this afternoon. This is the second time that it’s been poised to make this giant leap, after a try yesterday was aborted in the final seconds due to one of the Raptor engines automatically shutting down to potentially prevent an even worse ending to the test.

The spacecraft is one of the latest prototypes of Starship that SpaceX has built, and the first that will try for this high-flying demonstration. Other prototypes have climbed to a maximum of around 500 feet, after which they completed a controlled landing, too. This one will try that as well, provided it gets that far, but SpaceX CEO Elon Musk has said that it’s very likely something will go wrong with this test – which is fully within expectations at this stage in the spacecraft’s development.

The rocket is launching from SpaceX’s development facility in Texas, and will fly to its apogee height of 40,000 feet before executing (again, hopefully) what is essentially a belly flop maneuver to turn around and then fall back to Earth, before ultimately performing a controlled landing to come to rest vertically. All theoretical, but that’s how it would go if everything went perfectly.

We could get a spectacularly different result, which would still help SpaceX immensely in their development of Starship by providing valuable data. The exact timing of the test flight isn’t yet known, so stay tuned above — the window officially closes at 6 p.m. EST today, so it’ll have to happen before then if it’s going to happen.